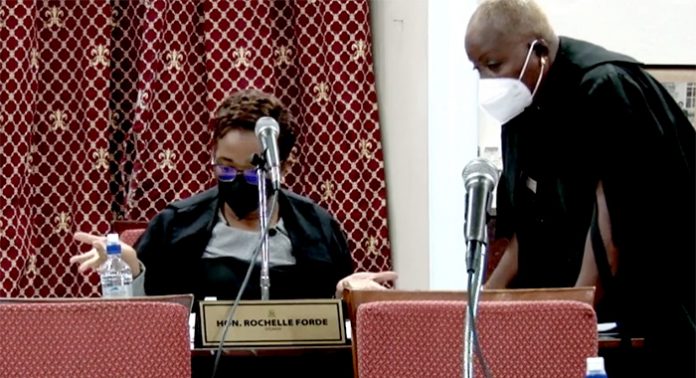 KINGSTOWN, St Vincent (CMC) –The sitting of the Parliament in St Vincent ended prematurely on Thursday night after a bat defecated on a copy of the Standing Orders of the Speaker, Rochelle Forde.

The suspension came as opposition legislator Daniel Cummings was making his contribution to an opposition sponsored motion calling for a stop to the establishment of a quarry located 10 miles north of the country’s capital.

According to the lawmakers, Local Government Minister Julian Francis had called on Cummings to withdraw a statement, claiming that he was imputing improper motives for the establishment of the quarry.

But just prior to Francis making his objection, the Speaker appeared to have touched something on her desk and then looked at her hands.

“Honourable members, just give me a minute, on an unrelated matter. Madame Clerk, one minute, please.”

The clerk, Nichole Herbert approached the Speaker’s desk and the two appeared to speak but nothing of their exchange could be heard on the live broadcast.

In the meantime, the lawmakers continued with their cross-talk and the Speaker again told them she needed a minute “on an unrelated matter”.

The Speaker and the clerk continued their conversation in muted voices, with the Speaker gesticulating with her hands, before saying “I am going to ask — Honourable Member for West Kingstown, I have stopped your time. I am going to ask API to take the cameras down and put a halt on the live feed for a moment, please”.

Media reports said that after the live feed was cut, the Speaker told lawmakers that a bat had defecated on her copy of the Standing Orders.

The sitting was then suspended until next Tuesday.

One lawmaker told reporters that there was a single bat flying around in the Assembly Chamber, adding “it’s not that it was a clear and present danger”.