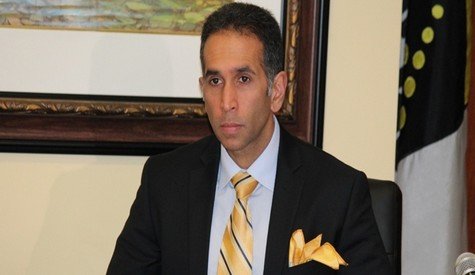 (Trinidad Guardian) The state has been hit with 16 lawsuits related to COVID-19 since the borders were closed in March in an effort to curb the spread of the virus. This was revealed by Attorney General Faris Al-Rawi when asked whether the decision to revert to a 10 pm closing time for bars had anything to with the lawsuit filed by more than 300 bar owners and operations and the Barkeepers and Operators Association of Trinidad and Tobago (BOATT).

In an interview at the Medine Street Housing Development during his walkabout in the San Fernando West constituency, Al-Rawi noted that the Public Health Regulations were revisited every two weeks. He said the decision was taken because of the medical evidence and more particularly the Trinidad and Tobago Police Service confirmed that they were able to supervise bars and the “other Public Health Regulations impact focus points in an effective way”.

“I believe we are up to 16 lawsuits now from Anand Ramlogan and Gerald Ramdeen where they doing everything from trying to repeal and strike out the regulations so that they can open the borders, importantly, so that they can set free COVID positive patients and so that they can basically collapse Trinidad and Tobago.”