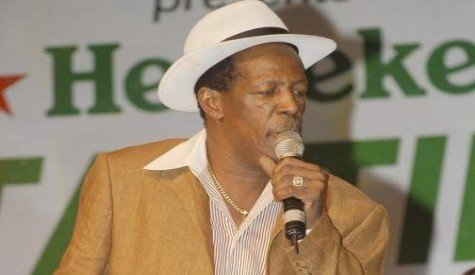 (Jamaica Observer) Today, Gregory “The Cool Ruler” Isaacs would have celebrated his 70th birthday. His widow, June Isaacs, believes it is time a statue of her late husband is erected.

“We do what we can to carry on his legacy, but there’s always room for more. What we really want is for him to get a statue, but we haven’t brought the idea to the minister of culture formally. It’s just something we [his relatives and members of the Gregory Isaacs Foundation] have been considering,” she told the Jamaica Observer.

Isaacs said her team had big plans to commemorate the singer’s 70th birthday. They were, however, sidelined by the novel coronavirus.

“We would have been in Canada now, on the second leg of the celebration, and heading to Brazil next, but the virus has interrupted those plans,” she said.

She is, instead, calling for Jamaicans at home and in the diaspora to celebrate where they are.

“Just play some Gregory. If you have a shirt or cap, wear it. Anywhere you hear a Gregory song just ‘buss a blank’. Our head of public relations, Tracy Hamilton, has reached out to the various radio stations asking them to play his music on his birthday,” she said.

In marking the singer’s birthday, the family is planning to lay flowers at his tomb in the Dovecot Memorial Park, St Catherine, today.