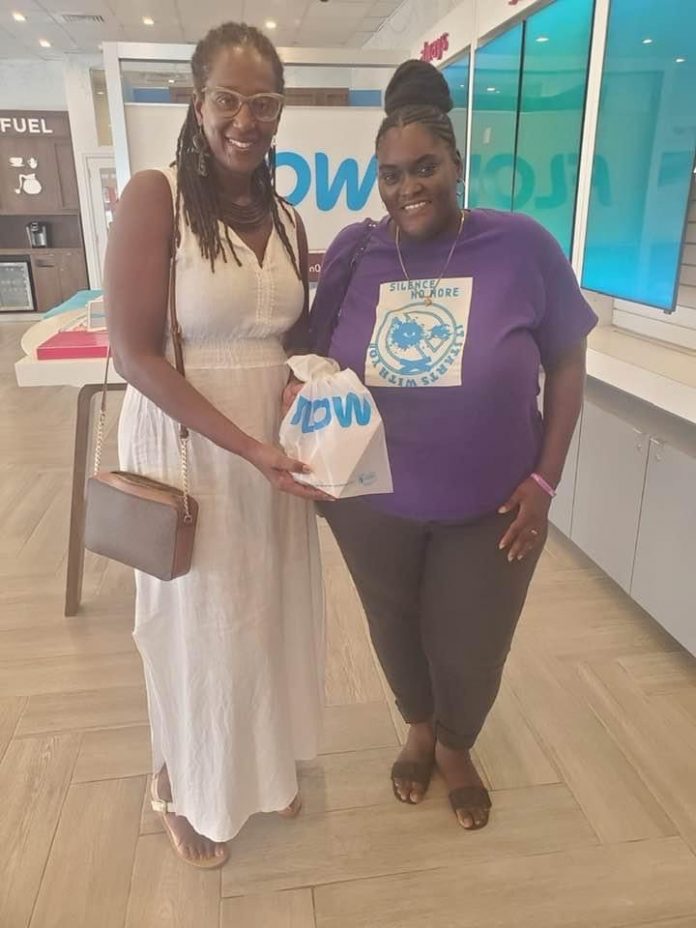 St. Kitts and Nevis (WINN): A guest on the Wednesday, October 05 edition of Voices Mrs. Petra Mc-Sheene Morton said her car that was stolen three Tuesdays ago (September 20) has been recovered.

“I got the car back, but it was painted green and white. So now I have to go and get it sprayed over.”

According to Mc-Sheene Morton, her car which was initially painted yellow was stolen from Fort Street, outside Domino’s Pizza. She had recently paid off for the vehicle and finalised other logistics a day prior.

“I had just made the last payment on the car on the Monday (September 19). On the Tuesday, I went to do the licensing and the insurance, got my licence plate and everything and to lose it in the night was so devastating.”

Mc-Sheene Morton explained that on the night of the incident she left the vehicle on, just to grab a pizza, but upon her return outside, someone had taken off with her vehicle. She disclosed that she has lost several valuables in that regard, including her house keys and identification cards.

“I just left the car running to go inside to collect my pizza; came back out and there was no car. Everything was in it; my phone, my money, my purse; everything.”

The distraught woman shared with listeners the struggles of the last few weeks in trying to rebuild her life. She expressed her frustration with the police communication in dealing with the matter.

“I had to go back and forth with the police. I still haven’t really gotten any satisfaction, but I have to commend Inspectors Dickenson and Greaux; they have really been helping me. Other than that, I haven’t been getting any communication from the police about anything; so, it’s very frustrating. I have just gone back out to work yesterday (October 4) from the last three weeks because of the back and forth with the police station and trying to get the police report to get my IDs back.”

The woman explained that with the absence of a mobile phone she is unable to communicate properly and, not having the car made it even more difficult for her to move around effectively. A listener to the Voices programme, Mrs. Carla Astaphan has since presented a phone to Mc Sheene Morton.