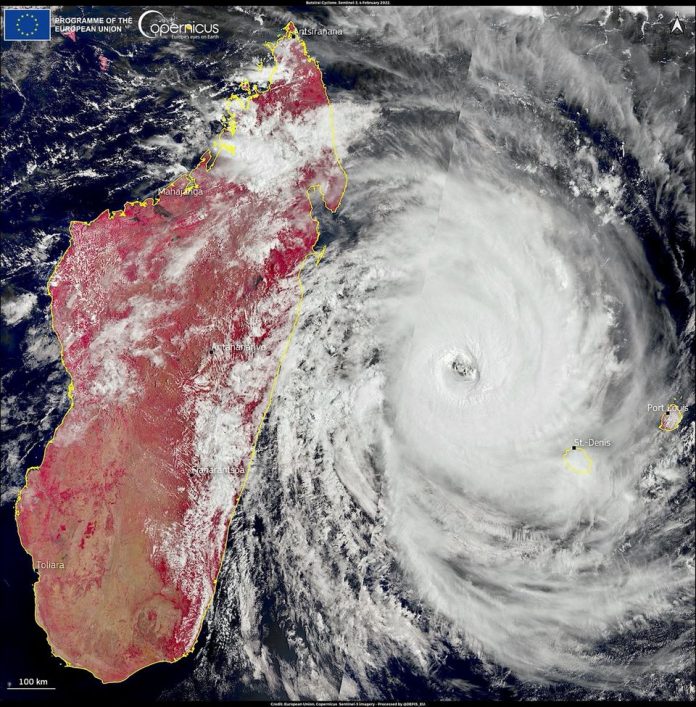 GENEVA, Feb 4 (Reuters) – Aid workers on Friday set up emergency shelters and readied search and rescue teams in Madagascar as tropical cyclone Batsirai barrelled towards the island, less than two weeks after Storm Ana killed at least 58 people there.

The storm, set to be more powerful than Ana with heavy rainfall and winds up to 200 km (124 miles) an hour, is projected to drive up to 150,000 people from their homes in addition to some 130,000 people displaced by the last cyclone.

“We are all very nervous as you can imagine,” WFP’s Pasqualina Disirio told Geneva-based journalists by video link from the capital Antananarivo. Some coastal areas have already been evacuated and schools were closed on Friday so that a portion of them can be converted into shelters, she added.

Jens Laerke of the U.N. Office for the Coordination of Humanitarian Affairs said he expected a “significant humanitarian impact” and said that teams were stocking up on supplies and readying aircrafts to assess future damage.

During the last storm, dozens were killed by landslides and buildings collapsed or were washed away. Batsirai is expected to bring more heavy rainfall with up to 30 centimetres forecast on Saturday, and more in mountain areas, the World Meteorological Organization (WMO) said.

“If this rain falls on ground already saturated then this increases the risk of flooding,” Clare Nullis told the same briefing, warning of the risks of possible flash floods.

Batsirai could yet intensify from a category 3 to category 4 equivalent before making landfall in eastern Madagascar on Saturday, she added.

After traversing the island, Batsirai is currently projected to curve away from the east African coast, avoiding Mozambique, she said.

The region has been repeatedly struck by severe storms and cyclones in recent years, destroying homes, infrastructure and crops and displacing large numbers of people.