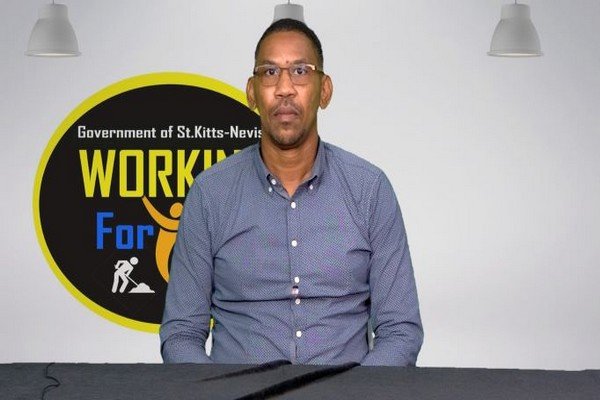 Basseterre, St. Kitts, July 23, 2021 (SKNIS): Street vendors in St. Kitts are encouraged to establish an association to facilitate greater representation among themselves and with the government. As efforts to relocate and create new vending spaces are undertaken, the need for a Vendors Association came to the fore.

The suggestion was raised by Austin Farier, Chair of the Inter-Ministerial Committee on Street Vending during his July 21 appearance on Working for You. He mentioned that invitations were extended to various street vendors to participate in the discussions relating to the health and safety issues of street vending. However, no vendor attended.

“The Cabinet wanted to have at least one local vendor and one vendor from overseas on the committee. Unfortunately, we haven’t gotten any vendors to attend any committee meetings so far but the meetings are not over. So I am hoping that one of these days they have a vendors’ association,” said Mr. Farier. “What we are doing now is treating the vendors as individuals. We look at them as entrepreneurs and having one and one [meetings] because each vendor has his or her own journey.”

Mr. Farier said that if an association is established it will facilitate greater coordination and allow vendors to speak with one voice.

“Hopefully we will get somebody there but the problem with that is most of the vendors on the streets are in competition with each other and no one vendor seems to be able to speak for all vendors. Unfortunately, most of these vendors are in the informal section and so they don’t seem to be organized enough to come together and have one voice,” he said.

He said that the avenue remains open for every vendor to dialogue as no two vendors are alike.

“The Committee came up with an idea that needs to be flushed out even more properly. Instead of having vendors in a room, we wanted to develop a sort of forum where they can come and speak. But what has to be acknowledged is that street vendors are not the only stakeholders in Basseterre, you have authorized and unauthorized street vendors, drivers, pedestrians, the elderly, persons with disabilities and formal traders,” said Mr. Farier. “You get those persons in a room and you hear ideas from them and you come up with solutions because those are the true stakeholders, especially in Basseterre.”

Mr. Farier said that the Committee will continue to engage with the micro-business owners and will actively promote the creation of a vendors association.