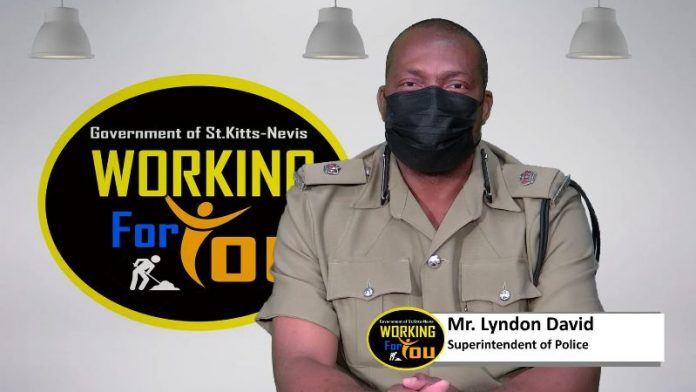 Basseterre, St. Kitts (SKNIS): Superintendent of Police, Mr. Lyndon David, said that owners of dogs within the Federation of St. Kitts and Nevis must safely secure them so that they do not run amok and pose a danger to the general public.

Superintendent David said this during his appearance on the popular radio and television show ‘Working for You’ on December 12.

He said, “Once the dog attacks a human being or another animal, it would then be deemed dangerous. The person who is injured does not have to prove a previous propensity in the dog and so the owner would be liable.”

“The liability would come through civil suits, but there are also some criminal aspects where you fail to secure the dog properly and those are the areas where we are encouraging persons to keep their dogs safe such as putting them in a pen or putting chains on them,” said Superintendent David.

“If you are taking it out in public and you know that it will bark or lunge at someone, put a muzzle on the dog’s mouth, however, it is best you leave it at home,” he said.

Mr. David also said that the failure to secure dogs can lead to them attacking and killing farm animals.

“To avoid the prosecution, do the responsible thing. As you would like your dog to live for a long time and be treated well, do not set your dog on other people’s animals because you want it to become violent and make you money for dog fights, which is also illegal as it is cruelty to animals under the Dog Act.”

“Under the Dog Act, it clearly states that if a dog commits damage or injury to an animal or someone and it goes into someone’s property and you follow it, the law presumes that that person is the owner so that person would have to prove that he or she is not the owner,” said Superintendent David.