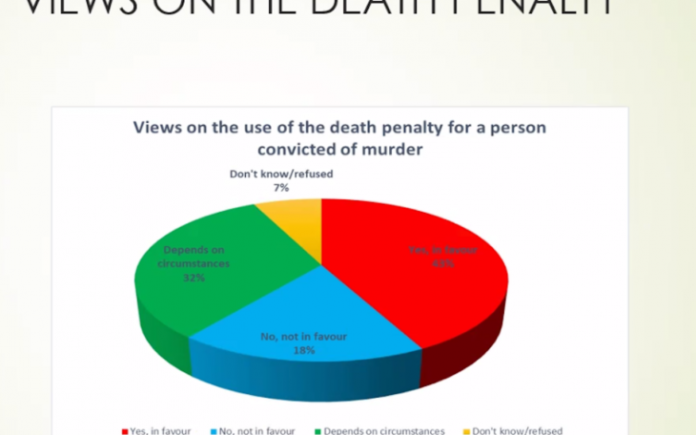 Barbados (Barbados Today) – Nearly half the Barbadians polled in a recent survey favour the death penalty for people convicted of murder while a third agreed with capital punishment only under certain circumstances.

This was one of the major findings coming out of the Public Opinion Survey on Crime in Barbados, conducted by the Criminal Justice Research and Planning Unit (CJRPU), among 1 232 residents, between October 2020 and February 2021.

At the same time, close to half of those surveyed were in favour of rehabilitating criminals instead of simply punishing them, and one in four Barbadians said they believed that no progress was being made in fighting certain crimes on the island. Presenting the findings during an online seminar on Wednesday, Ramsay described the support for the death penalty as “large”, though indicating that this was significantly less than the support in a similar survey conducted in 2008.