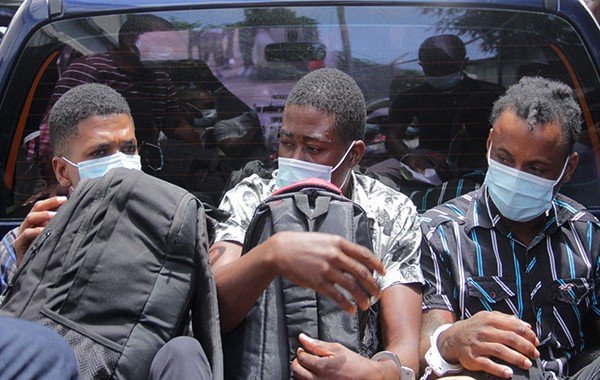 (iWitness News) One of the four men charged in connection with the disappearance of firearms and ammunition from the Georgetown Police Station has been granted bail, while the three others have been remanded in custody.

At the arraignment Monday, at the Serious Offences Court, prosecutor Sergeant of Police Renrick Cato did not object to bail for Myron Samuel, 28, self-employed, of Layou, who pleaded not guilty to the three charges brought against him.

Samuel, a former national footballer, is accused of purchasing a pistol and 15 rounds of ammunition allegedly stolen from the police station, as well as possession of a firearm and ammunition without a licence.