SVG Flight Plan A ‘Decoy’ For Planeload of Guns 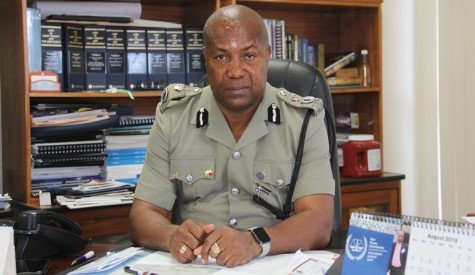 (iWitness News) St. Vincent and the Grenadines (SVG) police chief, Colin John says the jet intercepted in Miami on Saturday, “fully loaded, from the cockpit back to the lavatory, with cases and boxes of weapons, ammunition and household goods” was not bound for SVG, notwithstanding the flight plan filed with U.S authorities.

“Having being briefed on the matter, Commissioner of Police, Mr. Colin asserted that CARICOM IMPLEMENTATION AGENCY FOR CRIME AND SECURITY (CARICOM IMPACS) confirmed that the aircraft in question was not destined for St. Vincent and the Grenadines; the country name was used only as a decoy,” the Police Public Relations and Complaint Department said in a press release late Tuesday night.

“St. Vincent and the Grenadines has been a bastion in the fight against illegal drugs. It will continue so to do in collaboration with our local, regional and international partners,” the statement said.

International media reports are that the private jet was loaded with 82 firearms, including a sniper rifle, plus 63,000 rounds of ammunition.

The firearms included a Barrett .50 calibre sniper rifle and 18 rifles. The cache also included a firearm suppressor, body armour, as well as undeclared cash and endorsed cheques worth over US$20,000.