SVG on Standby for Possible Evacuation as Volcanic Activity Intensifies 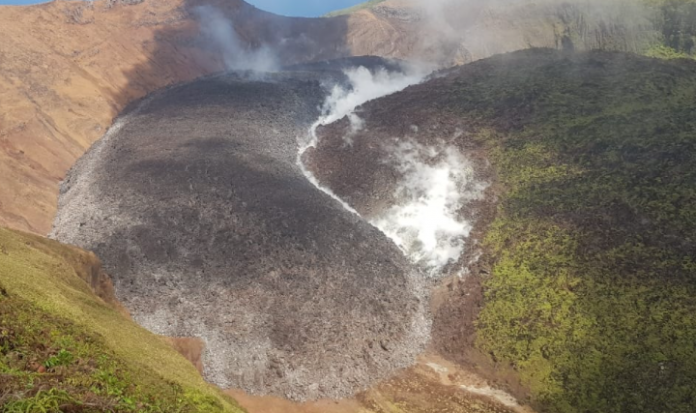 St Kitts and Nevis (WINN): Vincentians are on standby for a possible evacuation order Thursday if the la Soufriere Volcano erupts.

Starcom reports NEMO Head Michelle Forbes as saying an eruption was possible at any time.

Prime Minister Dr. Ralph Gonsalves officially issued a declaration that a disaster could be imminent and noted that while there is not yet an order for evacuation there is a substantial prospect that could become necessary.

Dr. Gonsalves has reportedly reached out to the US Southern Command, Venezuela, Cuba, and Royal Caribbean Cruise Lines for possible assistance with evacuation and with the governments of Barbados and St. Lucia about taking in the evacuees.

He urged Vincentians not to panic.

On April 8th at approximately 3:00 am local time, a volcanic tremor (VT) was observed by scientists based at the Belmont Observatory in St. Vincent. This first band of tremors was later followed by subsequent bands at 5:30 am, 8:00 am, 10:15 am, and 1 pm. This type of seismic signal is usually associated with the movement of magma and fluids close to the surface. Clouds of steam could also be seen from the observatory during periods of tremor.

At this time, the volcanic alert level remains at ORANGE and NO EVACUATION has been ordered. During the press conference, however, Prof. Robertson advised that “Preparation should be finalised for possible evacuation within very short notice as the new signals have significantly increased the possibility of an explosive eruption”. He also stated that scientists are “unable to say definitively when the volcano might erupt”.