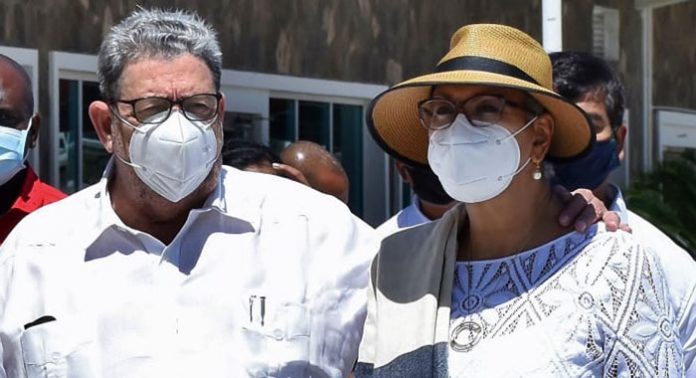 (iWitness News) Eloise Gonsalves, wife of Prime Minister Ralph Gonsalves, is scheduled to undergo spinal surgery later this month, for a condition, which the prime minister said last year, could put her in a wheelchair.

Gonsalves said on Wednesday that he and his wife would be travelling next Wednesday, March 17, for two weeks.

“And you know, last September I went to the USA with Eloise to do all the check-ups and everything and hoping that we could get the operation to her potentially serious problem relating to her spinal condition, but we have just been able to get, recently, the appointment date from the surgeon”.

He said that some further tests will be done on the Thursday and Friday after their arrival in the United States “and then the following week, on the Monday, God willing … my fingers crossed that we get the operation done.