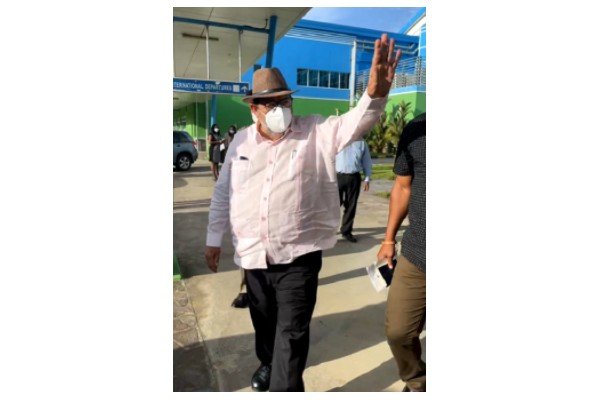 St. Kitts and Nevis (WINN): In an update on the fallout of the protest action in St. Vincent and the Grenadines, 56-year-old Annamay Lewis was charged with wounding the country’s Prime Minister, Dr. Ralph Gonsalves.

Lewis pleaded not guilty in court on Monday, August 9, to the charge.

Outside of the Magistrates court in Kingtown, a woman believed to be the daughter of Lewis was heard shouting loudly that her mother was innocent.

Additionally, on Saturday, according to News784, SVG Police allegedly searched the homes of ten people on the island.

Opposition leader Dr. Godwin Friday said the searches connected to the protest held on Thursday and was quoted as saying, “It’s quite clear that the searches were a signal from the head of Government that they are coming for those in the forefront of the demonstration.”

In a Facebook post from Dr. Gonsalves, he said that “doctors confirmed no neurological deficits. However, I have suffered a concussion and must be monitored over the next four to six weeks.”

The Prime Minister expressed that while people have the right to protest, they have no right to violence. He also spoke to the seriousness with which he views his assault, saying, “I take this assault as not just an injury, but, also look to the intent of the throwing of this projectile at me. The intent was to cause grave harm, even death.”