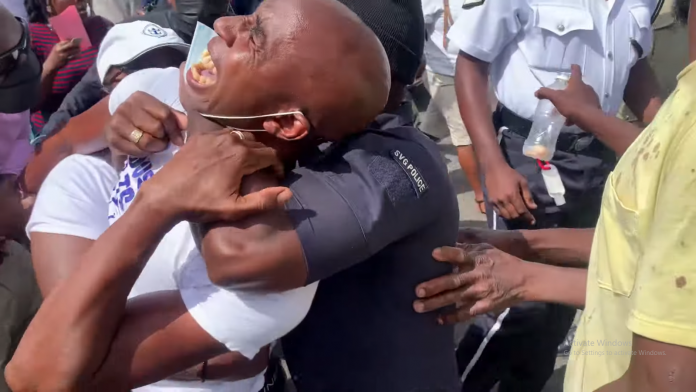 St. Vincent and the Grenadines (News784) – The husband of Opposition Senator Shevern John had to be rushed to the Milton Cato Memorial Hospital on Thursday afternoon after he was placed in what his lawyer says was a chokehold.

Carlie John was arrested by members of the Rapid Response Unit, a branch of the St Vincent police force, at a protest in the capital city of Kingstown.

According to US media reports, George Floyd lost consciousness after a Minneapolis police officer placed him in a chokehold. He later died.