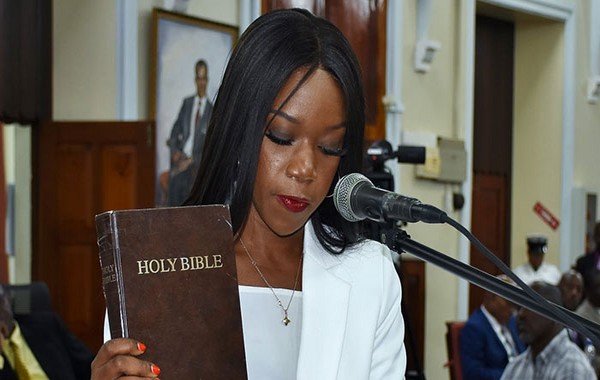 (iWitness News) President of the Public Service Union (PSU), Elroy Boucher, was among protesters outside Parliament, on Tuesday, and the union issued a statement calling for Senator Ashelle Morgan, like Assistant Director of Public Prosecution, Karim Nelson, to demit office until the criminal investigation in which they are persons of interest is concluded.

“It is important that all people, organisation, the ordinary man stand in defence of democracy,” Boucher told iWitness News at the protest in Kingstown.

Boucher held a placard that read, “WE NEED EQUAL RIGHTS AND JUSTICE NO ONE IS ABOVE THE LAW”.