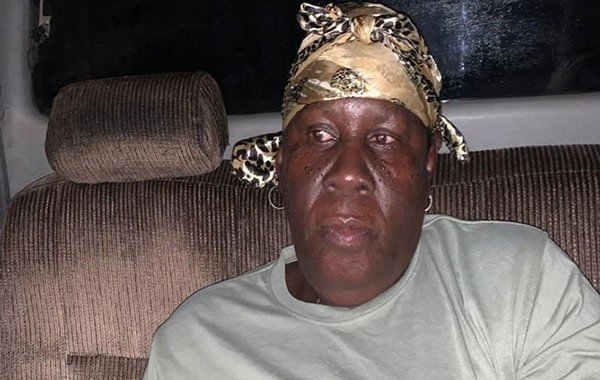 (iWitness News) Scores of armed police officers, some wearing hard helmets and carrying truncheons, were dispatched to outside the Kingstown Magistrate’s Court, where Annamay Lewis, a 56-year-old vendor, of Layou, charged with wounding Prime Minister Ralph Gonsalves, was arraigned on Monday.

The police officers outnumbered the onlookers outside the court as Lewis arrived in an unmarked police vehicle and was escorted into the building by a plain-clothes female detective, shortly before 9 a.m.

Superintendent of Police Hesran Ballantyne, who heads the Narcotics Unit, told iWitness News that the contingent of officers were dispatched to the court to ensure law and order during Monday’s proceedings.