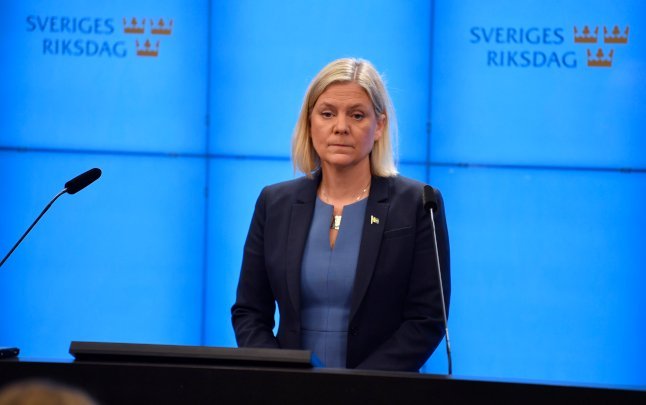 (The Guardian) Sweden’s first female prime minister, the Social Democrat Magdalena Andersson, has resigned less than 12 hours into the job when her coalition collapsed, plunging the country into further political uncertainty.

Andersson said a decision by the Green party, the junior party in the coalition, to quit had forced her to resign. She added that she had told the speaker of parliament she hoped to be appointed prime minister again as the head of a single-party government.

The Green party said it would leave government after the coalition’s budget bill was rejected by parliament.

“I have asked the speaker to be relieved of my duties as prime minister,” Andersson told a news conference. “I am ready to be prime minister in a single-party, Social Democrat government.”

Andersson has built a reputation for being direct and blunt, and was recently described as a “bulldozer” in a profile of her by Swedish public channel SVT.

Anders Lindberg, political editor at daily Aftonbladet, which describes itself as independent social democratic, said: “People even say they are scared of her which is kind of funny, these elite political scientists or professors of economics saying they are afraid of her.

“She has a little bit of an Angela Merkel way of arguing. It’s not completely clear what she wants to say all the time, but [she] ends up winning the argument because no one else can really answer because she masters all the details,” said Lindberg.

Considered extremely competent during seven years as finance minister, Andersson is known for her slogan “Sweden can do better”.

Alongside her studies at the Stockholm School of Economics – and a spell at Harvard – she immersed herself in the Social Democratic party, having joined its youth league aged 16.

In a turbulent sequence of events on Wednesday, Andersson had earlier in the day become the first woman elected to the post of prime minister in Sweden after clinching a last-minute deal with the Left party to raise pensions in exchange for its backing in Wednesday’s vote.

But the small Centre party withdrew its support for Andersson’s budget because of the concessions made to the Left, leaving the budget with insufficient votes to pass in parliament.

The fatal blow came when the Greens’ leader, Per Bolund, said his party could not tolerate the opposition’s “historic budget, drafted for the first time with the far right”, and quit the government. Among other things, the Greens said a planned tax cut on petrol would lead to higher emissions.

That left Andersson, who had taken over as prime minister from Stefan Löfven, as head of a minority coalition backed by the Left and Centre parties, with no option but to hand in her resignation.

The speaker of parliament will now decide the next step in the process of finding a new government.

“There is a constitutional practice that a coalition government should resign when one party quits,” Andersson told reporters. “I don’t want to lead a government whose legitimacy will be questioned.”

The speaker, Andreas Norlén, said he had accepted Andersson’s resignation and would contact party leaders before deciding on Thursday how to proceed.

WhatsApp
Facebook
Twitter
Linkedin
Email
Print
Previous articlePolice working to improve communication with Spanish community
Next articleVaccination against COVID-19 is key in the fight against any future outbreaks within the federation – CMO Dr. Laws