Swim to Win Calendar of Events Launched for 2021 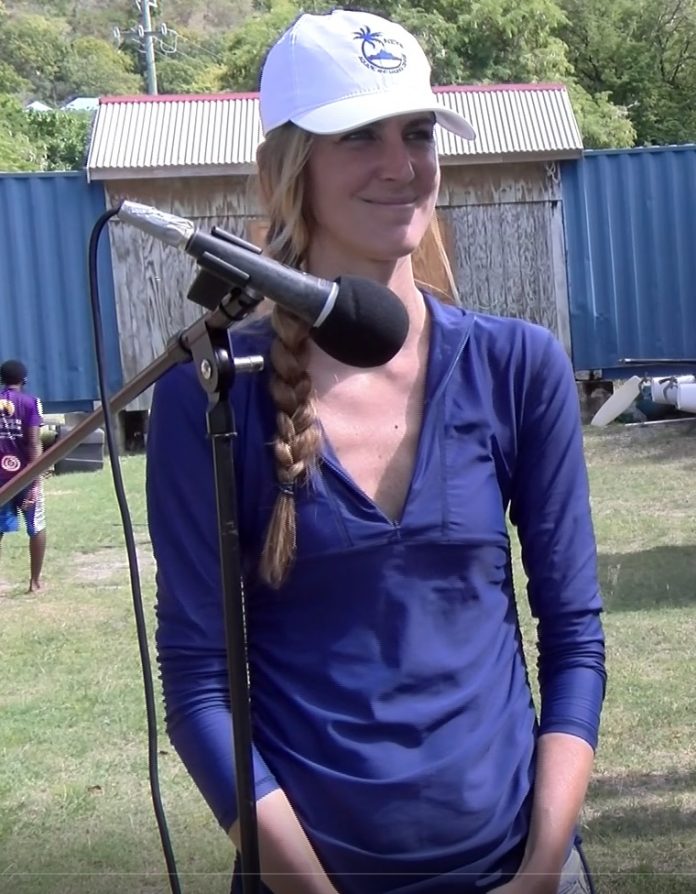 An exciting fundraiser barbecue was held at Oualie Beach, on Sunday 31st January.
It was coordinated by the Nevis Aquatic and Sailing Center, as the organization launched its calendar of activities, for the year 2021.

One of the chairpersons of the august body, Mrs. Danielle Connor, spoke to the media about the activities.

She noted that one of the major goals of her organization is to establish a top-class facility at Oualie, for the use of the club and its members. The plans have already been drawn and the first phase of the project is expected to be completed this year.

Hence the reason for the series of fundraisers.

On that day, there was a sale of food and drinks; Football on the beach and lots of musical entertainment complements of Jazzique Connor.

There was also the sale of branded merchandise, such as bottles, caps, and shirts. There was limited sailing and swimming activity, as the water was exceptionally rough on that day.

Going forward, some of the activities planned include, but are not limited to:

Youth swim to win and sailing programs, commence on Sunday, 7th February to be followed shortly by the adult sailing program. Youth beach games on  April 5th and an Aquatic Easter camp.

A few regattas are planned, including the Booby Island regatta.

As regards the current fear of sharks, she pointed to the fact that the sharks are always in the water. That is where they live and we are only sharing their environment.

She noted that her organization has trained instructors and there are appropriate safety procedures in place, as SAFETY is a priority.

She however stressed that there are numerous drowning incidents yearly and stated that it was of paramount importance that people learn to swim, as this can effectively save lives.

Interested persons can sign up for any of the programs, by contacting the Youth and Sports Department, or by logging on to the website-nevisaquaticandsailingcenter.com.