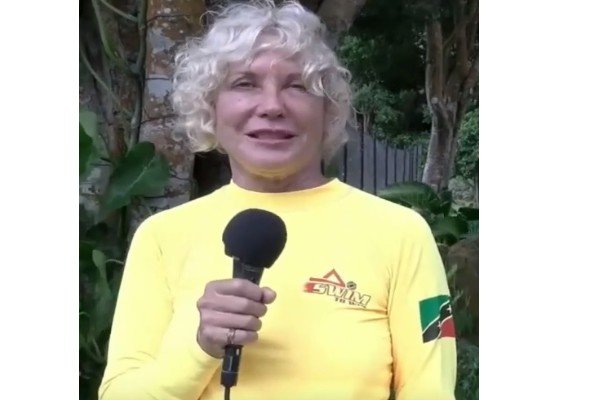 As a review of the year 2022 is done, Terri Andrews of the Swim To Win program is claiming a successful year in the sport of Swimming.

Ongoing Saturday and Sunday classes for ages six to adults; the Mommy and me classes for children from age one to three; toddler classes, for ages three to five and women’s water retreats.

These include sessions of meditation and water aerobics. Women who are initially afraid of the water, are taught to get over their initial fear and learn to float and later swim.
Ten new instructors and in-water volunteers were trained during the year.

History was also created, as in partnership with the Nevis Island Administration, swimming was introduced on the curriculum of three schools: The Cicely Browne Integrated School; St. Thomas’ Primary and St. James’; Primary.

The aim is to get all Primary Schools on board in 2023 and ultimately, Swimming will become a part of the annual inter-primary event.

Over 180 children were reached through these free swim camps.

A FINA-certified swim coaches’ course was conducted and ten persons were certified.

Ms. Andrews, also responsible for the special Olympics program on the island, also noted that special Olympian Robert Liddie created history this year by completing a solo swim in the annual cross-channel swim.

He and another special Olympian, Shane Nisbett also placed in a triathlon event in November.

Shakir Stapleton secured gold in the USA games, in Tennis and Leon Silcott represented Nevis in the dream ride event in the USA.