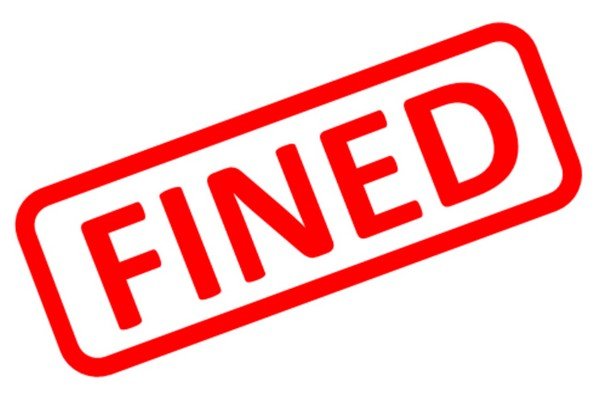 A video showing unidentified individuals illegally dumping waste at an undisclosed site found its way to the SWMC enforcement team, who took to the matter and identified the illegal dumpers

“He already got the video… He admitted that the truck was theirs… He didn’t give us any trouble. We saw what was taking place, and I said no, this is what we call illegal dumping, and this is becoming a norm among people now, and we can’t let it go, we can’t let it slide anymore,” said Lorna De Souza, Litter Warden with the SWMC during the November 16 broadcast of Talking Trash on WINN’s Island Tea.

Although they did find the perpetrators, De Souza did not divulge the establishment involved in the instance of illegal dumping. 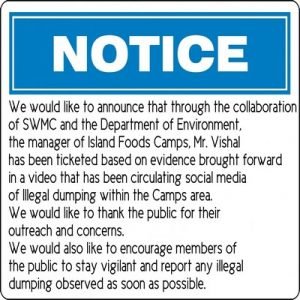 “Now, if you’ve realised this took practically the entire nation coming together, fighting for this one issue. So you had that individual who noticed that illegal dumping was taking place and decided to take action by recording, so gathering evidence, and then although it didn’t come to us directly right away, whoever it was sent to it basically became viral,” said the Public Relations Officer (PRO).

The entity responsible for the dumping was ticketed EC$500. According to the PRO Nama, if the waste had been properly disposed of at the landfill, it would have cost no more than EC$10.

The fine has already been paid. However, is that enough?

“Something that I believe we’re going to definitely have to fully implement and enforce; which is the registration and licensing of permits for hauliers because persons are out there taking people’s money and they are saying they’re hauliers, they’re taking your waste, and they’re illegally dumping that waste. And so once we enforce the permits and the licenses… you can then ask a haulier… [If] they are licensed, do they have their permits, and then you can hire that person, and once you hire that person, you still have to, of course, take your tickets, make sure that they give you those tickets… if it is we find out that a haulier is probably always illegal dumping, then we can definitely suspend that person’s license. So we will have to look at implementing certain measures because this fight is not a one day fight. Yesterday was just a small victory,” said Nama

The PRO said the Solid Waste welcomes whatever evidence could be gathered and shared with them to help combat illegal dumping in St. Kitts and Nevis.

“Whatever you can get, it will be helpful. One of the other things is when you share the information try to also share the location so that it will be a lot easier… So you don’t have to share your information as to who you are, but try to share as to where that illegal dumping took place so that we can definitely tackle that. From the video, we were able to ascertain as to who those two individuals were. So we got the names of the culprits. And then we were able to get the person… who was in charge, but we were able to determine at least who the culprits were.”

On the heels of the United Nations COP26 conference on climate change and many Caribbean leaders, including our Minister of Environment Eric Evelyn, pleading with more prominent countries to consider their carbon footprint’s implication on our region and the rest of the world and where they said that the Caribbean’s contribution is deemed to be negligible, the reality of Climate Change and its effects on our environment has missed the masses of the Federation if one of the biggest issues facing the SWMC is continued illegal dumping.

As Nama pointed out, it took almost the entire nation and the video illustrating the illegal dumping going viral for the culprits to be found and made responsible, and that was just one instance.