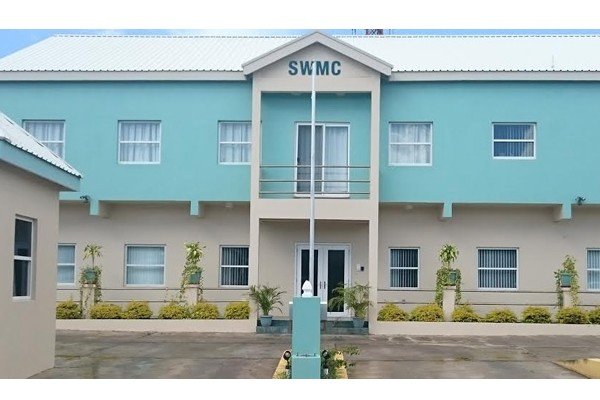 St. Kitts and Nevis (WINN) – “It was really disheartening seeing all the plastic bottles and debris that would wash down the ghauts and litre the streets.”

Said the Public Relations Officer Nama from the Solid Waste Management Corporation (SWMC) on the May 3 broadcast of Talking Trash on Island Tea.

The PRO reported an incident over the Labour day weekend where an abandoned/derelict vehicle was left in a ghaut in the Phillip’s area, which led to the water negatively impacting the roads.

“A video was sent to me, by several individuals, of a derelict vehicle being removed from the ghaut because it was blocking the waterway. When mother nature says she wants to pass, she will find a way to pass. The heavy downpour up in the mountains meant that a lot of water was coming down those ghauts, and a derelict vehicle blocking that meant that water found another pathway.”

She continued, “ So we saw some good amount of flooding which meant some [damage] to the road… it did remove some of the paved parts of the road and this [was] in Phillips’ and it was really disheartening seeing this and of course [people] would have been affected, [their] livelihoods would have been affected. I am not sure if the community has yet been able to assess just how much damage, both short-term and long term, this would have caused.”

The cost of disposing of a derelict vehicle at the SWMC is EC$20, and Nama believes that fee is eclipsed by the damage an abandoned vehicle can cause over time.

During the last quarter of 2021, the SWMC launched an islandwide cleanup initiative to properly dispose of derelict vehicles and white goods (stoves, washing machines, refrigerators etc.) in the communities of St. Kitts.

While some argue that they keep the vehicles for parts, the PRO for SWMC said that excuse is insufficient to keep derelict vehicles that negatively impact the environment.

“More than half of these vehicles are not needed for parts; they are not… Individuals say they need them for some part, but the part that they need, they’re not going to touch the vehicle for the next 5-10 years; this vehicle has created its own ecosystem in there. Again we need to respect mother nature. Mother nature is providing food for us; it’s providing a safe environment in which we could live; however, if we tamper with that, we will pay the consequences, and we will reap those repercussions, and unfortunately, the rain falls on the just and the unjust.”

SWMC continues calls to the community for their assistance in noting and reporting derelict vehicles and any other illegal dumping done on St. Kitts.