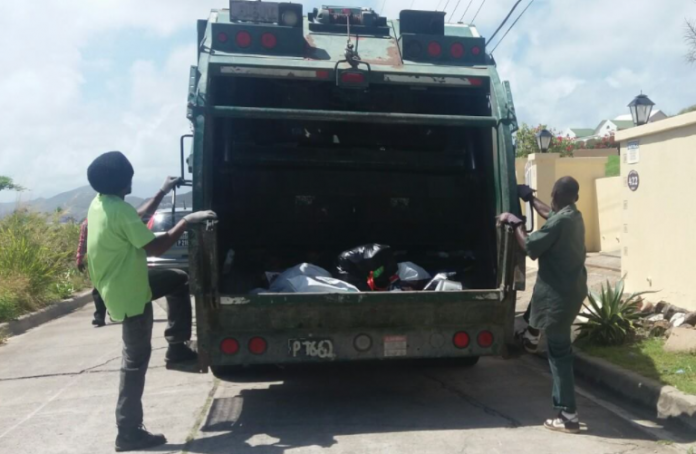 Marketing Officer Imara Nama confirmed the changes in the pick-up schedule during the September 28 broadcast of Talking Trash on WINN’s Island Tea.

“The Frigate Bay Area – you’re talking about Half Moon, Calypso Bay, Potato Bay, and Bird Rock those areas, Tuesdays only going forward for now. Earl Morne and Harbor View Tuesdays as well. Buckley’s Project, White’s community, La Guerite a Tuesday pick up as well. Wednesdays, we will be in Upper Cayon, Waterworks, Cabbage Tree, Cayon High School, and Lower Monkey Hill as well; your pick-up will be on Wednesday. Parry’s Housing Project, that’s Thursday. On Fridays, Stapleton Estate, Verchilds, and Halfway tree, basically, all that stretch will be with you on Fridays.”

Nama said these new changes are part of a testing phase the corporation is currently undergoing to collect waste throughout all of St. Kitts efficiently. More updates will follow as these tests are carried out.

The SWMC is also continuing its awareness campaign in line with the cleanup initiative to remove derelict vehicles and white goods from communities in St. Kitts, all to reduce the negative impact of poorly disposed waste on the environment.