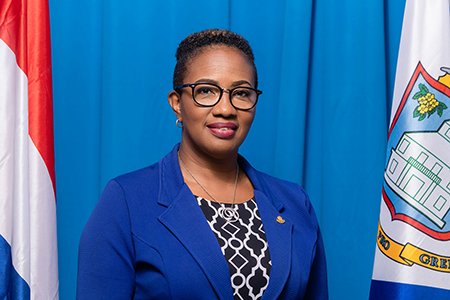 (Daily Herald) Jacobs made the remarks at the University of St. Martin (USM) on Tuesday following Netherlands Prime Minister Mark Rutte’s apology for slavery past made in The Hague and the subsequent remarks from Dutch Minister of Public Health, Wellbeing and Sport Ernst Kuipers at USM.

“Reparations and aid as a result of crises are not to be discussed in the same breath in a sincere apology,” stated Jacobs, who referred to the apology as “abrupt and forced.”

“Historically, with regards to exercising our own agency and self-determination within the Dutch Kingdom structure, we’ve been in the position to exchange colonial obedience for aid and loans. This was the case after the onslaught of Hurricane Irma in 2017 and the COVID-19 pandemic. I would only hope that a truly sincere apology would include the right to self-determination and agency. When working towards a new decolonial age of equity and equality, one should not be punished for colonial disobedience,” stated Jacobs. “The government and people of St. Maarten will not be placed on the spot today to accept or deny the apologies,” she said later in her speech.

Jacobs also firmly reiterated that St. Maarten is not at a stage to either accept or reject Rutte’s apology. “Today, I stand by that statement, despite the manner in which the Dutch press attempts to spin the narrative on this topic to justify those in the Netherlands who seek to undermine this statement apology and exact political control.”