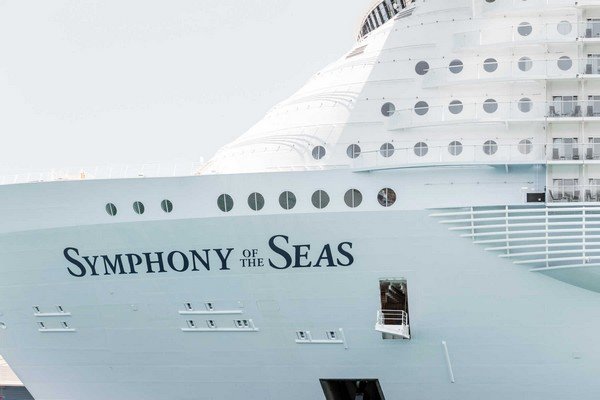 (VI Consortium) A Royal Caribbean cruise ship with 6,091 passengers and crew that ended its Caribbean voyage on Saturday, reported that 48 people aboard the ship for the seven-day cruise tested positive for Covid-19. The destinations visited by the ship, Symphony of the Seas which is the world’s biggest cruise ship, were St. Maarten, St. Thomas and Perfect Day at CocoCay (Royal Caribbean’s private island), Royal Caribbean said in a statement provided to the media Monday by spokesperson Lyan Sierra-Caro.

Royal Caribbean said the 48 cruise passengers that disembarked on Dec. 18 “were found as a result of immediately identifying close contacts after a guest tested positive,” according to the statement from Sierra-Caro, first reported by USA Today. “Everyone who tested positive were asymptomatic or had mild symptoms, and we continuously monitored their health.”

According to the V.I. Port Authority’s port schedule, the affected Symphony of the Seas ship docked at the Crown Bay port (the Austin Monsanto Marine Terminal) on Wednesday, Dec. 15.

The Centers for Disease Control and Prevention told USA Today that it was aware of the situation, and was working with Royal Caribbean to gather more details.

Cruise Lines International Association said in a statement it was “monitoring developments related to the Omicron variant and remain closely engaged with local and national authorities in the places where cruises sail.”

The association further stated in a statement provided to CNN that on board protocols like testing, vaccination and mask-wearing “were designed with variants in mind.”