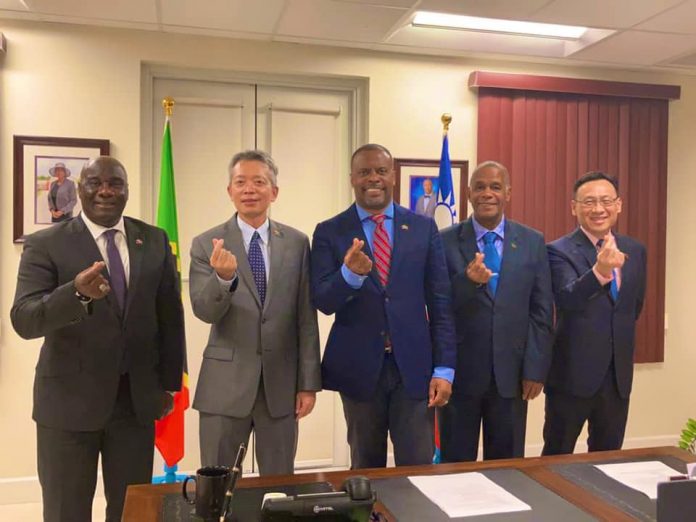 St. Kitts and Nevis (WINN): Foreign Affairs Minister Mark Brantley was among local and regional parliamentarians who attended the Republic of China on Taiwan’s virtual launch of the Formosa Club in the Caribbean on Friday.

Taiwan’s Foreign Minister Joseph Wu said the purpose of the club is to call on parliamentarians who recognise the values of freedom, democracy, and human rights to provide mutual assistance, according to a release from Taiwan’s Ministry of Foreign Affairs.

The club is expected to support Taiwan’s efforts to participate in the United Nations(UN),  the World Health Organization (WHO), and other specialized international agencies.

While Taiwan sees itself as a separate nation with its own citizenship, territorial jurisdiction, and government, it does not enjoy common recognition as a country internationally.

The People’s Republic of China has blocked Taiwan’s membership in international agencies like the WHO, claiming that Taiwan is not a sovereign state but a “breakaway province” that will be part of the country again.

China has kept up the pressure on Taiwan with increased military activity close to the island in recent months.

Taiwan established chapters of the Formosa Club in Africa, Europe, Latin America, West Asia, and the Indo-Pacific, earlier this year.

Taiwan was formerly named Formosa by Portuguese sailors in the 16th century who reportedly noted the unchartered island on their maps and named it  “Ilha Formosa”, the beautiful island.