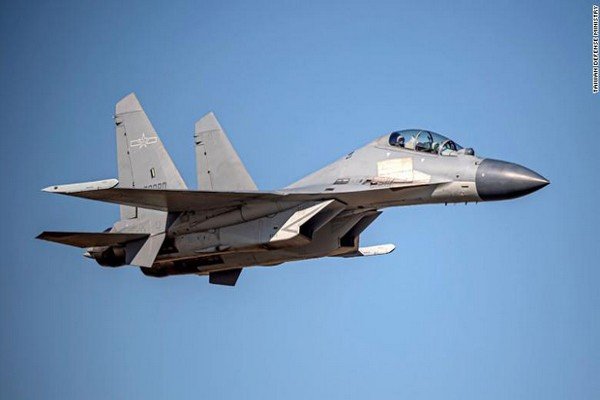 Taipei, Taiwan (CNN) Taiwan on Thursday accused China of “bullying” after Beijing sent a total of 24 warplanes into its air defense identification zone (ADIZ), the third-largest incursion in the past two years of heightened tensions between Beijing and Taipei.

The People’s Liberation Army (PLA) aircraft, including bombers, fighter jets, anti-submarine planes and airborne early warning and control planes, entered Taiwan’s ADIZ in two groups — one of 19 planes and a second cohort of five jets that came later in the day.

A map released by Taiwan’s Defense Ministry showed some Chinese aircraft, including H-6 bombers, flying around the southern part of Taiwan, and angling up to the island’s east.

WhatsApp
Facebook
Twitter
Linkedin
Email
Print
Previous article
German millionaires rush assets to Switzerland ahead of election
Next article
Persons in Quarantine Legally Required to Adhere to COVID-19 Protocols; Violations Can Land You Up to $5000 in Penalties