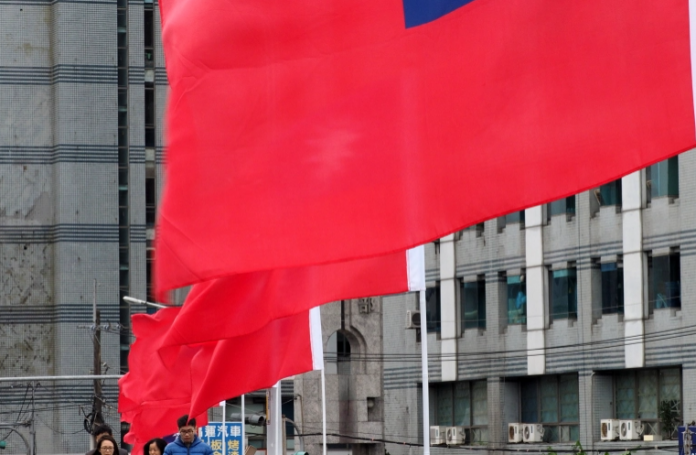 (Al Jazeera) Taiwan Premier Su Tseng-chang has said the island will join “democratic countries” to impose sanctions on Russia over the invasion of Ukraine, although he did not give details.

The crisis is being watched closely in Taiwan, which China claims as its own territory, and has faced increased military pressure by Beijing over the last two years.

The foreign ministry said in a statement that the island, which is key in the global semiconductor supply chain, will “coordinate closely with the United States and other like-minded countries to adopt appropriate measures in order to free Ukraine from the horrors of war.”

Su vowed to defend Taiwan’s sovereignty and safety and said some “foreign forces” were working to link Taiwan’s situation to that in Ukraine, in what Taipei sees as a campaign of “cognitive warfare” and misinformation.

“We deeply despise those who echo the cognitive warfare launched by foreign forces,” he said.

The statement comes a day after Taiwan’s air force on Thursday scrambled to warn away nine Chinese aicraft that had entered its air defence zone – a regular occurence in recent years.

Taiwanese fighters were sent up to warn the Chinese aircraft and air defence missiles were deployed to “monitor the activities”, the defence ministry said, using standard wording for how Taiwan describes its response.

Taiwan’s government has said the island and Ukraine are fundamentally different in terms of their geostrategic and geographical environment and importance in international supply chains.

Still, China has never renounced the use of force to bring Taiwan under its control, and routinely condemns US arms sales or other shows of support from Washington.

Taiwan’s trade with Ukraine and Russia each accounted for less than 1 percent of its total, government data showed.

The island’s natural gas contract with Russia is due to expire in March and Taiwan will diversify its supplies, the economic ministry said on Thursday.

Taipei in early February had condemned Moscow’s voicing of support for China’s position towards Taiwan.