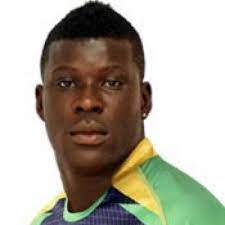 CPL Press Release – The Jamaica Tallawahs made it two wins in two as they defeated the Saint Lucia Kings by 55 runs at Warner Park, St Kitts.

This win means the Tallawahs move into a qualifying spot for the knockout games next week but all six teams still have a mathematical chance to reach the latter stages.

The Kings remain in third place in the table with all teams having two more group matches left to play.

The Tallawahs got off to a lightning start thanks to another brutal inning from Kennar Lewis who smashed 56 from just 24 balls. Lewis was well supported by Shamarh Brooks as the Tallawahs reached 78/1 off their Power Play overs.

While wickets fell throughout the Tallawahs innings they managed to maintain a fast scoring rate throughout with contributions from the middle order. It was Imad Wasim who pushed the Tallawahs past 200 with a 10-ball inning worth 27 runs including three consecutive sixes off the 20th over.

The Kings chase started just as quickly with Andre Fletcher and Mark Deyal both making quick-fire scores as they reached 79/1 off their first six overs. Roston Chase and Deyal put on 66 runs in just 32 balls but both fell in the space of two balls to Carlos Brathwaite to bring the Tallawahs back into the match.