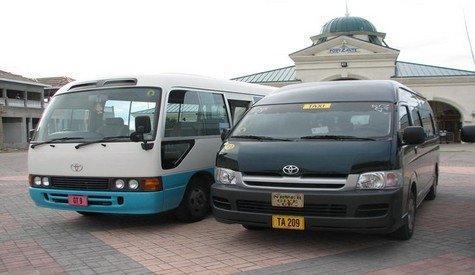 St. Kitts and Nevis (WINN): The depth of the issues tourism stakeholders face continues to come to light as the tourism sector continues to grow after being stunted in 2020 because of the COVID-19 pandemic.

For months independent taxi and tour operators have complained about unfair treatment in the resumption of the tourism sector and their inclusion in the bubble concept of the sector’s restart.

The complaint about unfair treatment is not a novel concept to the fraternity of taxi and tour operators.

The most recent complaint is that of the dispatching of Taxi and Tour operators, under the control of the St. Kitts Tourism Authority, on cruise ship days allegedly favouring more prominent tour companies over the independents.

“Pre-COVID, the majority of the taxi drivers came to the authority with complaints that the taxi presidents were not serving their best interest and the wanted the dispatching to be taken over by the Tourism Authority. In pleasing them, they did that. Now lo and behold in this phased reopening of the industry… The same majority of drivers now, and many of them signed a petition, are now saying they want things to go back to the way it was,” said Sylvester “Socrates” Hodge, tour operator and host of WINN’s Voices.

“By the end of the day, the other president and I said we’re glad that they were there to see what actually prevails during this meeting because some of them are of the opinion that we don’t represent them, we’re not there for them, etc. They have no idea.”

During a press conference hosted by Minister Grant, he offered an update on the industry’s status and the complaints taxi and tour operators had about the dispatch system.

“I fully understand that our independent tour operators are challenged by the dispatching changes. However, we are operating in a pandemic, and the health of our people and our guests is [a] top priority. I see one of the taxi presidents is here; we engaged them yesterday for almost four hours to come to an amicable solution to the dispatching process at Port Zante, which they have said is unfair and unreasonable. ”

“We are prepared to sit down with the taxi presidents and the fraternity to see if we can arrive at a more amicable situation in the eyes of the tax presidents and the taxi associations, and we’re always open… we’re in this together. It is not us against them on them against us. We’re in this together. And so we will sit down over the next couple of days and see if we can arrive at an amicable position and that everyone walks away from the table at these happier than when we first sat down,” said Minister Grant.

A meeting is scheduled with the St. Kitts Tourism Authority, the Ministry, independent taxi and tour operators and other stakeholders on Monday, November 22, where both the ministry and stakeholders hope to find an amicable way forward, according to Socrates.