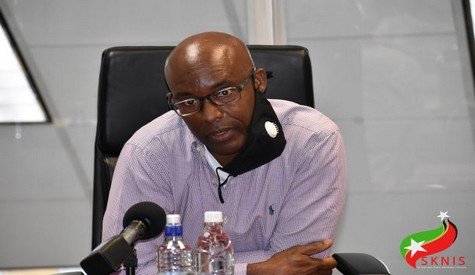 BASSETERRE, St. Kitts (Press Unit in the Office of the Prime Minister) – The TDC Group of Companies has given the assurance that construction will commence shortly on its new middle/high income housing development at Dewars Estate.

The assurance was given by the Executive Chairman and CEO of the TDC Group of Companies, Mr. Earle Kelly earlier this week when he, along with other executive members of the St. Kitts and Nevis Chamber of Industry and Commerce, held discussions with Government officials, including Prime Minister Dr. the Honourable Timothy Harris and Deputy Prime Minister the Honourable Shawn Richards.

Mr. Kelly stated clearly that the company is moving forward with the Dewars Garden Project. He added that “sales are going reasonably well, and we are hoping to get started within this month or next month, but certainly before the end of this year you will see construction going on.”

The new housing development by TDC is being facilitated through lands purchased from the Government in the West Basseterre area.

Prime Minister Harris has welcomed the planned commencement of this development as it would create much-needed employment for construction workers.

The construction sector was one of the first sectors to have been opened up by the Government of St. Kitts and Nevis as the restrictions and regulations associated with COVID-19 were relaxed in the Federation.

The TDC Group of Companies is one of the largest business entities in the Federation of St. Kitts and Nevis, with ventures in the fields of insurance, automotive, home and building supplies, finance, the airline industry and real estate.

Over the years, the company has been known for implementing quality developments including the Sunrise Hills development project.