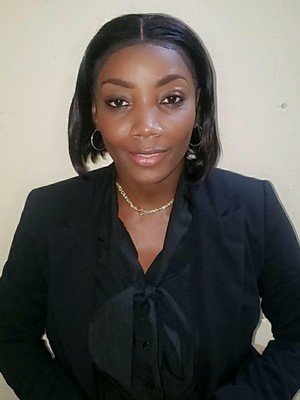 The St. Kitts and Nevis Football Association (SKNFA) has a new General Secretary: Ms. Techell Mclean. She is the first woman to hold that position. Ms. McClean in an interview recently at Football House, gave some insight into her professional experience and her work in football with the St. Peters Football Club. “This is a very, very historic moment. Historic why? Because I am the first woman Gen Sec in (the SKNFA) which is a very, very big accomplishment,” Ms. Mclean said. She served as Secretary and Vice President for the St. Peters Football Club for over 22 years as well as an advisor and interim secretary.

Being the first woman to hold the position of General Secretary is a historic feat, one that Ms. Mclean understands. She believes this sets a precedence for women in the federation to have ambitious goals and aspirations. “I must first say thank you to Mr. (Atiba) Harris (SKNFA President) for having that faith and confidence in me to believe that I can hold this post and deliver with regard to this mandate,” she said.

As part of her initiative and that of the new SKNFA Executive, Ms. Mclean is looking to bolster support to clubs and empowering the players. “When (Mr. Harris) was campaigning, his platform was to improve the administrative aspect of the SKNFA and also empowering women because as you know women football is on the rise all over the world. We want to ensure that these programs have the necessities needed in order for them to be effective,” she said, noting that this will be a team effort on the part of the newly elected SKNFA Executive.

She also hopes more focus will be pushed towards developing the football fraternity on Nevis and improving women’s football. “Thankfully we have an elected officer from Nevis…in going forward we are ensuring that Nevis has a say because it’s only fair. Nevis does have a voice and across the board everybody’s voice will be heard,” she said. “I want to ensure that (the women players) have the same benefits as the men do in regards to coaching,” Ms. Mclean added. “I would hope that whatever the men’s football (team) has, the women have the same benefit,” she said.

Ms. Mclean replaces the outgoing General Secretary from the previous administration Mr. Stanley Jacobs, who served the SKNFA for several years in that position. Her appointment comes on the heels of the newly elected SKNFA Executive at the 2021 SKNFA Ordinary Congress at the St. Kitts Marriott Resort held recently.