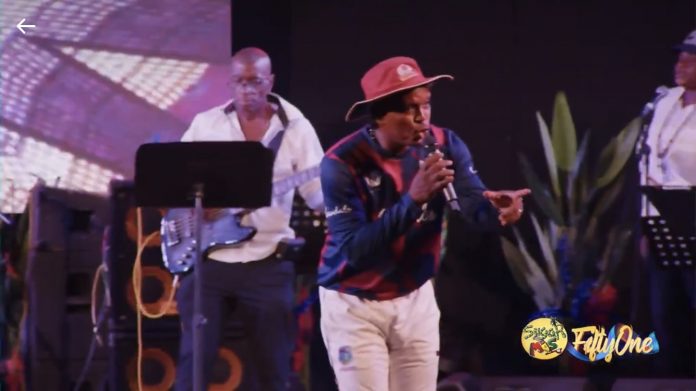 St. Kitts and Nevis (WINN): The St. Kitts- Nevis National Carnival Committee is gearing up for the FLOW Senior Calypso Monarch Finals on Thursday, December 29 as they continue to promote the Calypso art form, which has become a staple part of the annual Sugar Mas festival.

Despite the onset of the COVID-19 Pandemic for the past two years, the event did not lose its momentum, as it was hosted in 2020 and 2021. However, the record number of participants at the Calypso tents for 2022 have proven that the art form continues to grab the attention and interest of individuals and its chance of survival is promising.

Initially, the Calypso Competition seemingly was a male dominant event, which in recent times has seen the rise of women in the art form. Miss Independent was named the first Female Calypso Monarch in St. Kitts, whilst Queeny G is the second female to achieve such a feat.

The FLOW Senior Calypso Monarch Finals started in 1973 and aims to promote the culture, political and social aspects of the local community. The event is slated for Thursday, December 29 at the Carnival Village beginning at 8:00 pm.