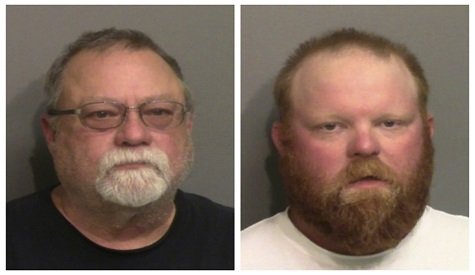 BRUNSWICK, Ga. (AP) — A state investigator testified Thursday that a white man was heard saying a racist slur as he stood over Ahmaud Arbery’s body, moments after fatally shooting the black man with a pump-action shotgun.

The inflammatory revelation came amid a week of angry nationwide protests over law enforcement biases against black victims that erupted after the death of George Floyd in Minneapolis.

In a hearing to determine whether there was enough evidence to proceed with a murder trial, the lead Georgia Bureau of Investigation agent in the case testified that Travis and Greg McMichael and a third man in another pickup, William “Roddie” Bryan, used their trucks to chase down and box in Arbery, who repeatedly reversed directions and ran into a ditch while trying to escape.