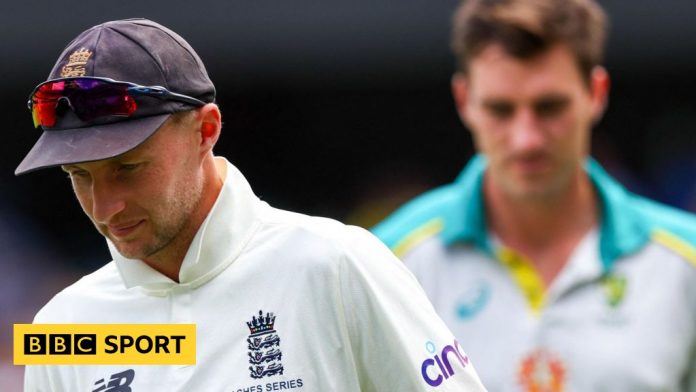 The way in which England folded on day four of the first Ashes Test, losing by nine wickets in Brisbane, was bitterly disappointing.

The resistance of Joe Root and Dawid Malan, who shared an unbroken 159-run partnership on day three, was heartening and showed a great deal of skill and discipline.

Going into the fourth day, England were 58 behind and Australia were clear favourites, but to lose as heavily and quickly as the tourists did undid the good work.

Having said that, with a lack of match practice and the wrong team selection, picking Jack Leach over Stuart Broad, England were destined to fail.

Root said it is easy to look at selection errors with “hindsight”, but we did not say it with hindsight.

Before the captain had even flipped the coin, we said this was not the team to beat Australia at the Gabba.

I am not suggesting Leach, who conceded 102 in 13 overs, should never play again or anything silly like that, but not many people would have picked that XI.

Broad is more of a threat than a spinner on this ground, whether you choose to bowl first on a fresh green pitch or bowl last on a wearing pitch which has uneven bounce.

I also do not understand why Root does not back his own bowling a bit more. He could do a perfectly good job with his off-spin.

If you have five seamers and you are slightly managing Ben Stokes’ workload, Root is more than capable of keeping an end tight and rotating the attack.