The Fight For Final Playoff Spot Is On 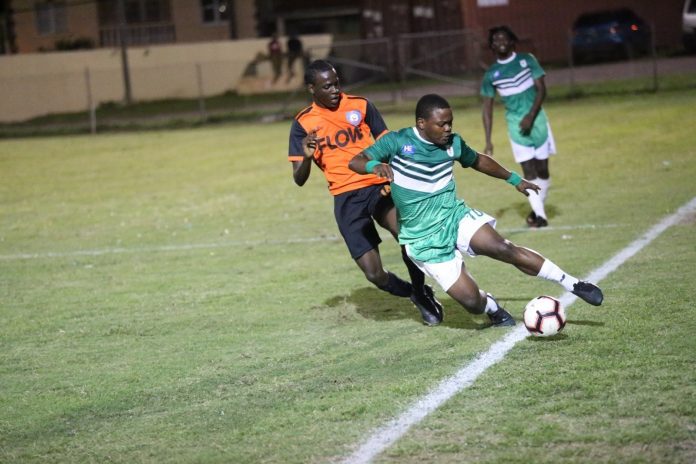 (SKNFA) The fight for the 6th and final Super Six playoff spot is heating up as the inaugural Super Six Playoffs approaches. The top five teams have basically secured a playoff spot: Village, St. Paul’s, Conaree, Cayon and St. Peters in that order. Hobson Enterprises Garden Hotspurs is in 6th spot with 30 points and so do their closest surprise challengers KFC United Old Road Jets also with 30 points. But S-Krave Newtown United, with a game in hand and two more matches to come, is in pole position as they just need to win their remaining games against Trafalgar Southstars and relegation-troubled Mantab to seal a playoff spot. On Friday, Spurs however suffered a setback losing 2-1 to Flow 4G Cayon Rockets. Spurs needed to win that match to be in pole position to qualify. Instead, they will now have to fight three teams for the coveted 6th place in the inaugural Super 6 Playoffs: Newtown and Old Road.

Spurs Coach Austin “Dico” Huggins admitted that Friday’s lost was a setback for the team. “It’s going to be a tall order. We were sitting in a very favourable position but because of the lost tonight it is going to set us back,” he said. “The next game that we have, we must win that one and then wait and see (the other results),” he added.

Meanwhile, Cayon goalkeeper Valentine Anthony believed the team performed as the coach instructed. “The team performance was good tonight. In the first half we went out and did what the coach wanted and the second half we were looking a bit tired but in the end we held out and came away with the victory,” he said. He noted that the team has been struggling to keep a clean sheet of late and noted it is something they need to work on.

After the match Coach of St. Paul’s Iroy “Cunga” Jeffers was pleased with the win. “The most important thing was the three points,” Coach Jeffers said.

In the night’s other results: