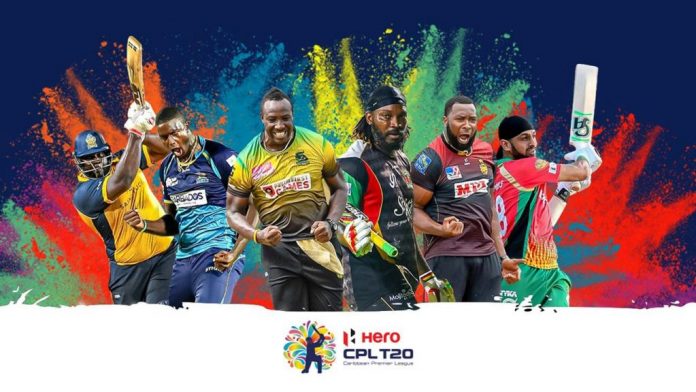 St.Kitts and Nevis (WINN): St.Kitts, the home of the Caribbean Premier League (CPL) champions will be buzzing with excitement again this year, as CPL comes back to Warner Park in August 2022.

Mr Pete Russell, the CEO of Hero CPL sat down with Azem Bailey and Jade Jonhson on WINN FM’s Island Tea on Wednesday (February 23) to provide feedback on last year’s edition of the league and to share information about this year’s tournament.

Unlike last year, where the whole cricket tournament was played at Warner Park, the CPL  will spread across various islands in the region in 2022.

“Like all of the years that we have planned, we have about 70 different schedules to look at, depending on how COVID might impact us; but, we’re hopeful that by September that things would be a little kinder to us in that regard; but we’re not gonna play across six islands, we’ll definitely play across four, that’s our thought; but, all the action will start here. It will start in St. Kitts.”

The CPL CEO said the tournament will kick off on August 30 in St. Kitts, where the champions will play on home soil. He disclosed that eight matches will be played at Warner Park and added that more announcements will be made within the following month after discussions with the Minister of Sports, the Honourable Jonel Powell. Russell informed that the new initiatives will excite the local population.

Other than St. Kitts, games will “definitely be played in St.Lucia,” he said; but discussions continue to be had with Guyana, Barbados and Trinidad.

Mr Russell described CPL as the crowd. He said no one has ever experienced cricket at its best unless they’ve experienced it in the Caribbean, more certainly a CPL game that has an electricity associated with it. He mentioned that, once the crowd returns, it will be a party; like Cricket meets Carnival.

During the conversation, a point raised by Azem suggested that last year’s announcement of CPL being hosted in St.Kitts was followed by divergent views, but referred to a recently released document that speaks to the economic impact associated with the Caribbean Premier League. Mr Russell, therefore, commented on this and described the economic impact as “tremendous”.

“Over the whole piece, if you just take the economic value and that means media value; it’s around 88 million, and a large trunk of that is the marketing value because we had half a billion viewers from around the world, but you’re right in terms of the economic value because that was a big indication in one of the discussions we had with Government. There is a direct impact at around eight million US dollars into the economy, so if you look at that, what’s so important and some of the things important for people to understand is, when CPL comes, it spends a lot of money, because it needs to; because of infrastructure, because of players, because of having 300 people staying here for close to five weeks. So, that’s an important aspect, because obviously, everyone is spending money, whether it’s on food or drink or just taxis or anything that impacts locally.”

Russell further explained that he understood the fear that people had, as there were concerns of whether or not CPL would bring COVID to the island. He expressed his delight in knowing that the tournament was played through safely, without any interruptions from the virus.

This year’s CPL is expected to return with a crowd, considering that countries are now beginning to adapt to a new normal of living with COVID. However, Russell indicated that he is uncertain if the protocols that were put in place last year will be re-implemented this year. CPL will be guided by the policy at that time, based on feedback from the Chief Medical Officer.

Having been asked about his favourite part of the last CPL match, Russell recalled the final match between the St. Kitts and Nevis Patriots and the St. Lucia Kings.

“I think the final match was such a good game of cricket, the final over and Dominic Drakes did what he did, you know. You can’t help but be inspired by that and I think that’s the other good thing about what CPL’s doing. As young kids like Dominic coming through and showing their value, it hopefully inspires other youngsters to take the game up and think you know, “I want to do that, I wanna be the guy who hits the winning runs at Warner Park or wherever it might be;” but that was great and I think to get a home victory was always fantastic because for St. Kitts and Nevis to take on the Trinidad’s, the Guyana’s, the Jamaica’s and beat them all, I think it says a lot, and you’re a very proud nation, so I think to be able to crown yourselves as champion was a great result.”

The Caribbean Premier League will celebrate its 10th anniversary this year and the CEO said as the transition is made into a new decade, CPL has to be a part of the development of young people across the islands. Russell hinted at the possibility of a Cricket Development Academy amongst other initiatives being developed over the next few years, as a part of CPL’s brand.