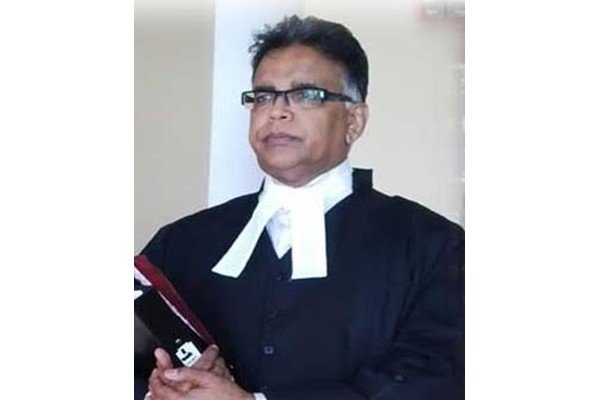 St Kitts and Nevis (WINN): Mr. Travers Sinanan, a former Director of Public Prosecutions of St. Kitts and Nevis, has passed away. Sinanan died in a hospital in his hometown of Trinidad on Sunday, April 3. According to regional news source Trinidad and Tobago Newsday, the former Prosecutor was ailing for some time and a few weeks ago contracted COVID-19, and was unable to recover.

WINN FM on Tuesday morning, April 5, spoke with the former Prime Minister and former leader of the St. Kitts-Nevis Labour Party, the Right Hon Dr. Denzil L Douglas, who conveyed gratitude to the family of Sinanan and shared fond memories of his professional life in St. Kitts and Nevis.

“I recall that Sinanan was a very professional person. He always, from conversations I had with him, always wanted and pursued the highest professional conduct and best professional services within the Office of the Director of Public Prosecution in support of the sustenance of law and order here in St Kitts and Nevis. One thing I can recall that he appeared to be very strong on was training and always emphasised the need for persons under his watch to be properly and professionally trained; so that they will be able to discharge their duties and services not only to the people of St Kitts and Nevis but to some extent, their own professional oaths that they had taken, so that we would be able to have the best for our people.”

Douglas said, “I wish to record our profound gratitude to his family, his dear wife, and his children for the services he provided to the Citizens of St Kitts and Nevis and to the judicial and legal services community of Eastern Caribbean Supreme Court when he served here from 2013 to 2015.”

“I want to convey our profound condolences to Mrs. Sinanan and his children and other family members, who are directly impacted by his passing and who need our continued prayers and support, especially at this time. May the soul of Travers Sinanan “rest in peace” and rise again in celestial glory to be with his maker at the right time.”

Sinanan was hired on a two-year contract from 2013 to 2015 under the St. Kitts-Nevis Labour Party Government. At the end of his contractual period, he encountered some challenges as the new Team Unity Government in 2015, revoked his request for an extension of his contract.