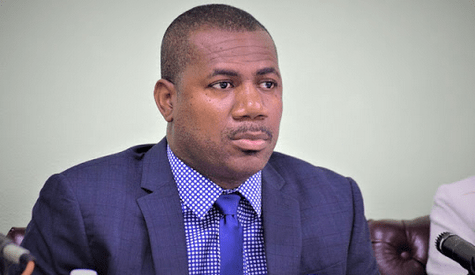 St. Kitts and Nevis (WINN): Leader of the People’s Action Movement, the Hon Shawn Richards hinted at some of the possible matters up for discussion at the Tripartite Meeting for the heads of political parties slated for Wednesday, April 6.

During the People’s Action Movement Townhall Meeting on Monday night (April 4), The PAM leader shared some of the dysfunctions that are causing political turmoil within the Team Unity Government.

Richards expressed his disgust with the issue surrounding the Poverty Alleviation Programme and argued that people overseas, who are not paying taxes are receiving the EC$500 benefit.

“When I speak of dysfunctions, I speak of dysfunctions in programmes like the PAP (Poverty Alleviation Programme). I said to you last week, it can’t be fair for persons overseas to be getting a monthly check from PAP, when other persons living in this country and who qualify can’t receive it. I have had persons who came to my office last year, completed applications for PAP, submitted the applications to the Ministry and up until now, they can’t get on the PAP. Last year I enquired about it, I was told that the Minister of Finance has to approve all new persons coming on the PAP Programme. I wrote a letter about it, no answer. I wrote a second letter and it was only I think, on Thursday or Friday last week I got a response to say, the applications are still being processed.”

Richards also made the argument about houses not being shared equitably across Constituencies, agreeing with Minister Jonel Powell, Parliamentary Representative for Constituency Number 3 who initially raised the issue.

“Jonel spoke about the 15 houses in Mansion, but truth be told, it isn’t just 15 houses built in that one Constituency of Number 7 and given to persons free of charge. It is more than the 15; because some of you may remember that prior to those 15 being distributed, you had individuals in that Constituency who had gotten houses they said, as a result of their homes being damaged by Hurricanes. Free!”

Richard mentioned the names of individuals in his own Constituency, Number 5, who had similar housing issues and were promised housing assistance and are yet to receive it.

Another issue raised was the matter of job allocation, where Minister Richards explained that his efforts to assist individuals with jobs were overlooked.

“You apply for jobs for persons and when you try to get persons a job, you’re told Government isn’t hiring, nobody is being hired; and then the same persons you are trying to help, you see them working for the same Government. There is a young man, Buchanan who used to work at Marriott. I think he still works there, who asked me over and over again to assist him with a job. I tried to get the young man the job and couldn’t get him the job. Next thing, the young man got the very same job that he was asking for, through the Prime Minister and when I asked him (Prime Minister Harris) and confronted him about it, he said all that he did was provide a letter of recommendation for the young man.”

Minister Richards also implied that in Cabinet, once the Prime Minister, the Hon Dr. Timothy Harris is not there, he as the Deputy Prime Minister cannot take over.

“If Cabinet is supposed to be every Monday, if the Prime Minister goes away for three weeks, you can plan to do something else with your Monday, because no Cabinet must happen in his absence.”

The aforementioned issues are listed amongst the widely talked about matters of “fair share” of Citizens By Investment (CBI) funds for Nevis and term limits for the Prime Minister. Richards disclosed that he is looking forward to a fruitful meeting.

“We look forward to a good and fruitful meeting on Wednesday, fully hoping that patriots will emerge when we are finished our discussions. I remain extremely confident and hopeful that we will find a solution and that we will together in the spirit of the Charlestown Accord, stop the dysfunction that has been exacerbated by greed and lack of brotherly love.”