The Hunt for Vaccines Continue with No Definitives

St. Kitts and Nevis (WINN) – Many in the region are wondering when and from where we are getting the next set of vaccines.

Akilah Byron Nisbett, Minister with responsibility for Health indicated that vaccines from COVAX are slated to arrive between July and September of this year.

Additionally, the U.S. announced donations of vaccine doses to small and developing countries and has committed to donating 7 million doses of vaccines through the COVAX facility.

Additionally, through the African Medical Supply Platform Byron-Nisbett mentioned that St. Kitts and Nevis is exploring the acquisition of the one-shot Johnson & Johnson Vaccine.

Although it was reported that the donation from the US would be released by the end of June, there was no indication regarding when the donations from the US through the COVAX facility would reach Caribbean ports.

The US Embassy in Trinidad and Tobago shed some light on vaccine donation and procurement.

In addressing a question on their twitter page, the Trinidad based U.S. embassy shared that that the U.S. will secure 80 million doses which will include Pfizer, Moderna and the Johnson & Johnson vaccines, to be shared throughout Latin America and the Caribbean. 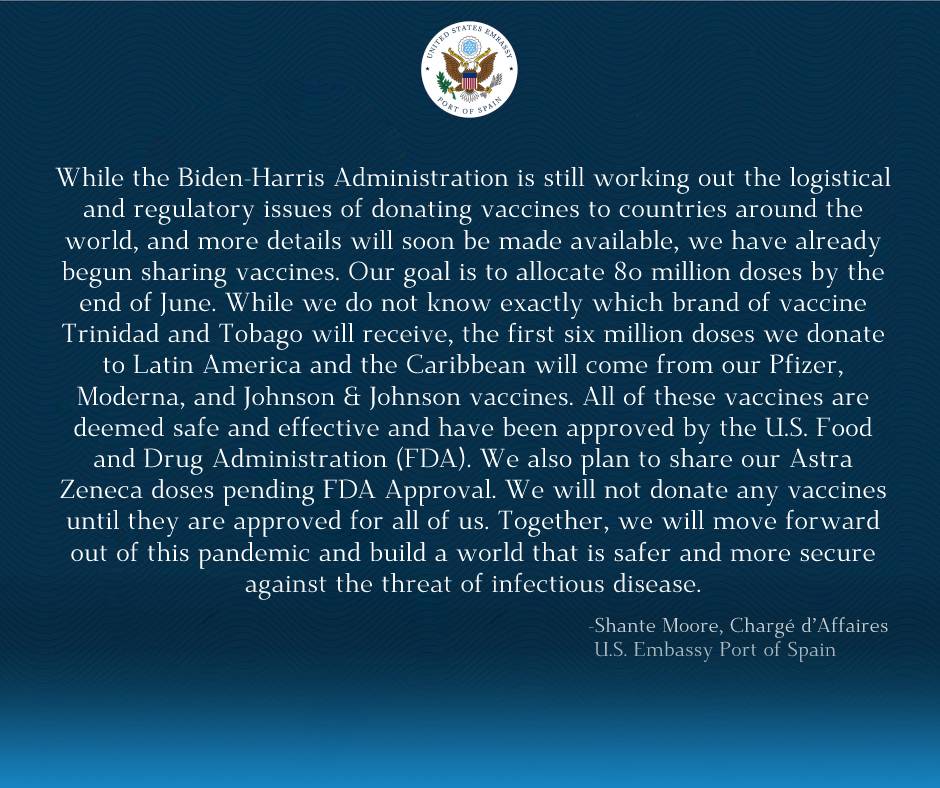 The latest vaccination numbers for St. Kitts and Nevis show that 21,337 first doses of the vaccine and 9,280 second doses have been administered so far in the Federation.

There are still 10,983 doses left to be administered by the end of June.

Given the COVID-19 spread in the country, health officials are asking persons with flu-like symptoms to stay at home, avoid public transportation and public places. 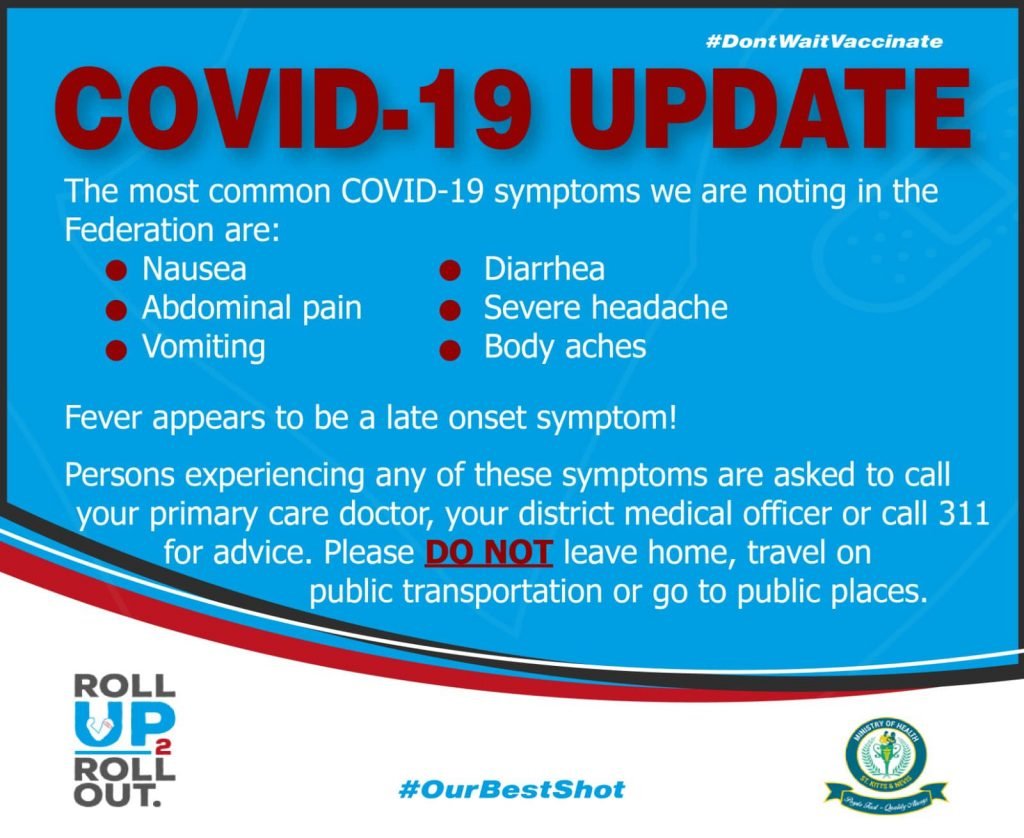