The nation mourns the passing of His Excellency, Ambassador Vance Winkworth Amory 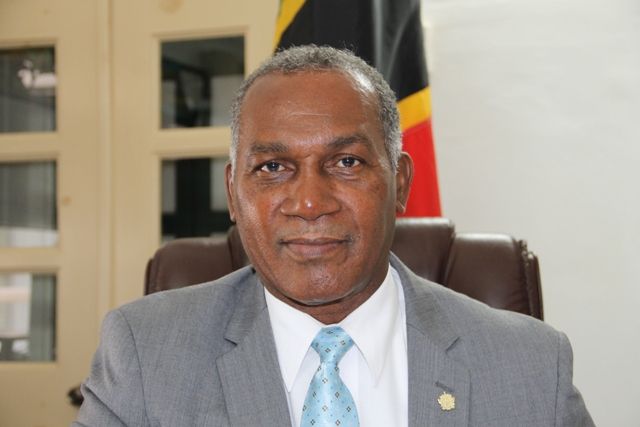 St. Kitts and Nevis (WINN): There is a wave of mourning across the Federation of St Kitts and Nevis, in reaction to the death of former Premier of Nevis, His Excellency, Ambassador Vance Winkworth Amory who died on Saturday, April 2, 2022, at the age of 72.

Prime Minister of St. Kitts and Nevis Hon. Dr. Timothy Harris in an address to the nation following Ambassador Amory’s death expressed condolences to his family and close relatives.

“On behalf of the Government and people of St. Kitts and Nevis, I officially extend heartfelt condolences to the family of Ambassador Amory, in particular, his wife, daughters, siblings and grandchildren – and to the people of Nevis. May God’s Holy Spirit comfort you at this time of deep sorrow, grief and loss. May the soul of our former Premier, Senior Minister and Elder Statesman, His Excellency Ambassador Vance Winkworth Amory rest in eternal peace.

The death of Ambassador Amory signals the passing of a true Patriot and elder statesman, who left a positive and indelible mark in the development of St Kitts and Nevis over the course of his life. Ambassador Amory led a full life that was punctuated by a number of key achievements and accomplishments. On a more personal level, Ambassador Amory became my true friend, mentor and advisor as we embarked on a journey of forming Team Unity, in order to provide you the good people of St Kitts and Nevis with the shared prosperity, strong leadership and good governance that you deserve and was sadly lacking, through successive administrations.”

Prime Minister Harris announced a State Funeral for His Excellency Ambassador Vance W Amory. The details will be announced at a later date. However, an official period of mourning will be observed in the Federation. Flags are to be flown half mast in honour of Amory’s passing.

I take this opportunity to extend on behalf of the people of Nevis and on behalf of my own family my deepest, deepest condolences to his wife Vernie, to his children, to his siblings and to his entire family. Please know that your loss is our loss, and that we the people of Nevis and the wider Federation have truly lost a great, great statesman and a great servant of the people of our country. We are hopeful that Vance is now in a better place, a place where there is no pain and no sorrow, and we are hopeful that his family will be comforted in the certain knowledge that his service to the people of Nevis and to our country will be long remembered, and that history will be kind to Vance Amory for his immense contribution to the development of our beloved country. I pray that God will have mercy on those who mourn, and that He the Great Comforter will comfort all of us on this very, very sad day for Nevis and a very sad day for our country.”

The Hon Shawn K Richards, Deputy Prime Minister and Leader of the People’s Action Movement also shared fond memories of Ambassador Amory. He said, “It was with much sadness that I learned earlier today of the sudden passing of former Premier of Nevis, Ambassador Vance Amory. I extend my deepest sympathies to his wife, children and extended family. I had the privilege of working with Ambassador Amory in the Federal Government of St. Kitts and Nevis from 2015-2020; he was Senior Minister and Minister of Labour and I was Deputy Prime Minister.

Leader of the Nevis Reformation Party, Dr. Janice Daniel-Hodge expressed, “I am deeply saddened to have learned, early this morning, of the passing of Nevis’ second Premier, His Excellency, Ambassador Vance Winkworth Amory. I have lost a dear friend and the people of Nevis have lost a true statesman. My sincere condolences to his family and to the many who are saddened by his passing. May his soul Rest In Eternal Peace.”

Amory founded and led the Concerned Citizens Movement and served as Premier of Nevis, from 1992 to 2006 and from 2013 to 2017. The airport in Nevis previously known as Newcastle Airport was renamed in 2022 in his honour.

It is also noteworthy that Amory was a cricket enthusiast. He played first class cricket for the Combined Islands and the Leeward Islands from 1969 to 1981 as an opening batsman. Amory is also remembered as the youngest headmaster of the Charlestown Secondary School at the age of 28. He was instrumental in ensuring the transition from GCE ‘O’ levels to CXC and also introduced sports programs at the institution. He initially studied at the University of the West Indies at the Cave Hill Campus, Barbados, where he obtained a Bachelor of Arts Degree. In 1986, Amory furthered his education at the University of the Virgin Islands St Croix Campus.

During the period 1981 to 1983 Amory served as Manager of the Nevis Branch of the St Kitts-Nevis-Anguilla National Bank. In 1983, he joined the financial sector and was promoted to Permanent Secretary in the Ministry of Finance.

Thereafter, the son of the soil made a decision to serve the island of Nevis in a much greater capacity; thus being the longest serving Premier of Nevis.