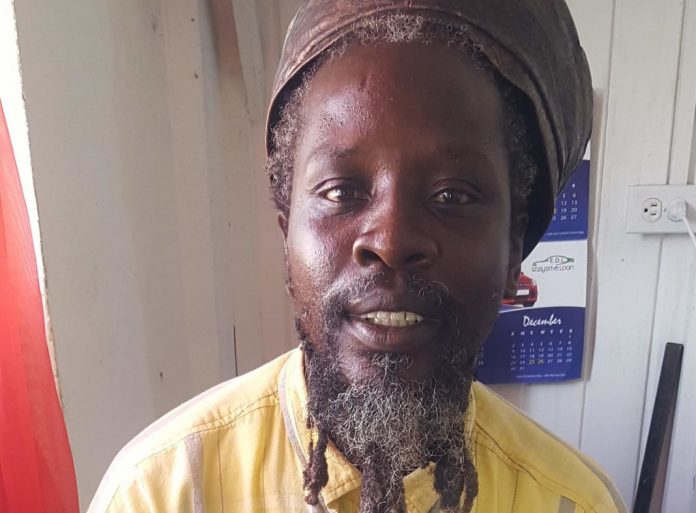 St. Kitts and Nevis (WINN): Public Relations Officer of the Nyabinghi Theocracy Order, Ras Iyah, has expressed his disappointment with the lack of recognition and attention given to the historic Buckley’s Uprising which occurred in 1935.

“It’s very tremendous to see that we as a people have been very lackadaisical when it comes to this event because we have seen that our people haven’t really gravitated to that momentous occasion, that was able to spark a way that the people could stand for equals and justice.”

Ras Iyah, a guest on Good morning SKN, added that it is very shameful to see that the information from the Buckley’s Uprising has not been taught in the schools. He explained that he learned of the uprising since he left school, through the Nyabinghi Theocracy Order.

He, therefore, expressed gratitude to the group for remembering that significant day and for ensuring that the story behind Buckley’s Uprising is not forgotten. He insisted that such an event should be documented and passed onto future generations, so that they can understand what caused the 1935 riot, what happened during the event, and its aftermath.

Ras Iyah informed that changes didn’t come suddenly after the Buckley’s Uprising but change came over time. He acknowledged the founders of the Workers League like Mr. Thomas Manchester and Mr. Edgar Challenger and others, who through consultations were instrumental in seeing that they took a stand for the working class people. This, he said, created an opportunity for political parties to be formed and influenced people from other islands to take a stand and demand a better life.

On Friday, January 28, 2022, The Nyabinghi Theocracy Order held an event to commemorate the Buckley’s Uprising. One of the main highlights of the event was a poem by Mr. Michael Blake, who called for a monument to be built at Buckleys Estate. He urged individuals in attendance to pledge 1,000 dollars as a contribution to the construction of the monument.

The uprising birthed from sugar workers’ desire to earn fair wages after learning that workers from the Wade Estates paid a Christmas bonus. After requests made for additional wages were rejected, cane fires on several sugar estates near Basseterre, a meeting was held with estate workers and there would be no increase in pay.

On January 28, 1935, Buckley’s estate workers asked the manager for a raise, the manager refused, and the workers went on strike, with hundreds more who joined at the end of which led to three deaths and a reported nine injured people

Here is the timeline for the Buckley’s Strike-28 Jan 1935 as presented by Historic St Kitts: