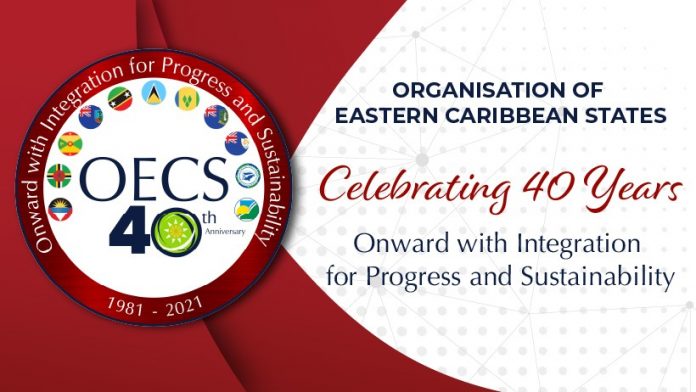 St. Kitts-Nevis (WINN) – Director-General of the Organisation of Eastern Caribbean States (OECS), Dr. Didacus Jules, in brief remarks to launch celebrations of the institution’s 40th Anniversary said the road traveled and the road ahead will be examined.

It came into being on June 18th, 1981, when seven Eastern Caribbean countries signed a treaty agreeing to cooperate and promote unity and solidarity among the Members.

The Treaty became known as the Treaty of Basseterre, named in honour of the capital city of St. Kitts and Nevis where it was signed.

The 1981 Treaty was replaced in 2010 with a Revised Treaty of Basseterre, creating an economic union which is an agreement between countries where barriers to trade are reduced or removed for a single market with a customs union.

That message from the OECS.