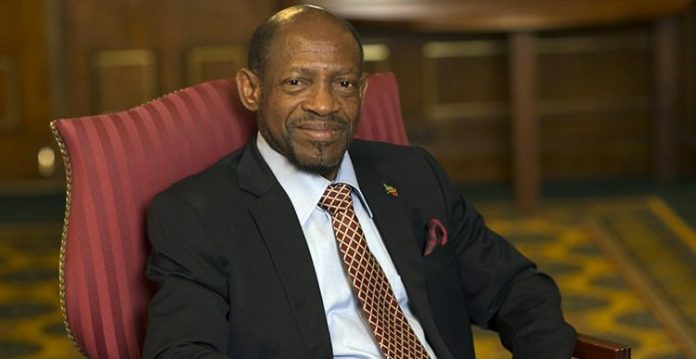 This is Douglas’ 8th term as a parliamentarian and representative for St. Christopher 6, the village of Newton Ground to Harris’. He served the people of St Kitts and Nevis as Prime Minister from July 4, 1995, to January 15, 2015.

During a social media post on Monday afternoon (March 21), Leader of the St Kitts- Nevis Labour Party, Dr. Terrance Drew took the opportunity to salute Dr. Douglas and described him as an Honourable man who has given most of his life in service to his fellow citizens for 33 years and has been doing so with distinction.

Dr. Drew outlined some major achievements which stood out in his mind as contributions to nation-building by Dr. Douglas. These include but not limited to, reduction in poverty rate thus improving the quality of life for the people. Housing revolution with over 5000 homes constructed and Education revolution whereby many persons got the opportunity to pursue their career dreams.

In celebration of Douglas’s 33 years of service as a Member of Parliament, a Calendar of Activities have been announced; a Health Walk and Breakfast from Newton Ground to Dieppe Bay on Saturday, 26th March; a Church Service on Sunday 27th March at the K G Swanston Memorial Church in Dieppe Bay and a Branch Meeting on March 31st. In addition, the usual visits to schools and senior citizens are also noted on the Calendar.