The St. Kitts Nevis Cross Channel Swim at 20; 8 children to participate in the event 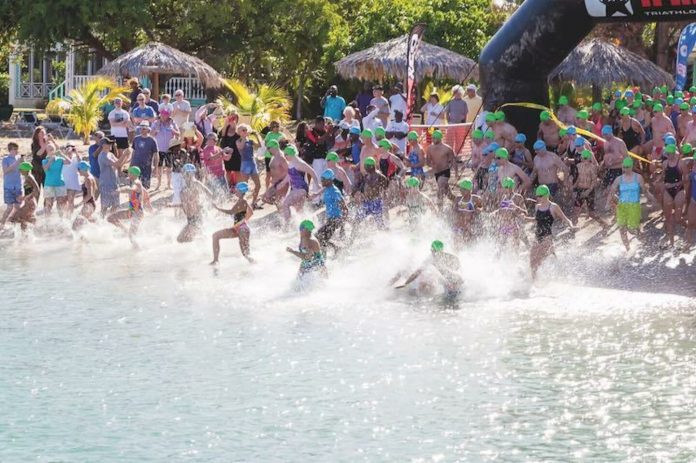 St Kitts and Nevis (WINN): The St. Kitts- Nevis Cross Channel Swim is expected to resume on Sunday, March 27 2022 following a 2-year hiatus. This is the 20th anniversary of the event.

The distance of the Cross Channel Swim is 2.5 miles or 4 kilometres from Oualie Beach in Nevis to Spice Mill at Cockleshell Bay in St.Kitts. This year, 8 children between the ages of 10 and 15 will be participating in the swim.

On Friday morning March 25, WINN Fm spoke to Mr. James Weekes, Founder of the Bring It Swimming Programme, who indicated that the young swimmers have been preparing for the event over the past few years.

“I have a swim group and from that group, I have selected eight youngsters; well, also a female; there is one female with them who will be able to take up the challenge of swimming 2.5 miles in open waters, which in my recommendation is a great feat.”

Weekes added, “I have been preparing the youths since COVID came. It would have been the year that COVID came, so they got even more time to get themselves organised. In getting themselves more organised, there were also some others who were able to join in and be qualified to do that swim.”

According to the swim coach, of the 8 children, one has participated in the swim at least three times. However, the group has been properly informed about what they are expected to do, they have been engaged in robust training and are physically and mentally ready for the swim challenge, he expressed.

“My kids are ready. My kids are fully ready and I am anticipating a very good day on Sunday. These kids are counting down the days and the day just can’t come fast enough for them.”

In addition to the eight children, Special Olympian Robert Liddie will be participating in the Cross Channel Swim. This is the first time a Special Olympic Athlete will be attempting the crossing by himself.

During an exclusive interview with WINN FM on Thursday, March 24, the event’s organiser and President of the St Kitts- Nevis Swimming Federation Mr. Winston Crooke said a contingent from overseas is also expected to participate; thus contributing to Sports Tourism in St Kitts and Nevis.

“We have people, for example, a large group is coming from Italy to take part. We have communications from around the world as per normal. The great thing about the event is that it has its own legs amongst the open water swimming community globally and so the past participants have spread the good word about the event. So, despite the fact that COVID has interfered with a lot of the developments and advertising for the event, we have a good field of events and participants and we’re looking forward to hosting them, as we do every year.”

The swim will begin at 8 am and according to Mr. Crook, the first set of swimmers should arrive at Cockleshell Bay at about 9 am. He confirmed that upon their arrival, breakfast and entertainment will be provided, followed by a brief prize-giving ceremony.

Crooke further explained that trophies will be presented to the first three females and first three males who completed the swim, as well as the eldest and youngest swimmer. Other special things will be given out, he said.

Mr. Crooke extended an invitation to the general public to support the event, by cheering on the athletes when they begin at Oualie Beach or at the finish line at Cockleshell Bay. He also used the opportunity to recognise Mr. Roger Brisbane and Spice Mill Restaurant and the St.Kitts Tourism Authority for sponsoring the St Kitts Nevis Cross Channel Swim.