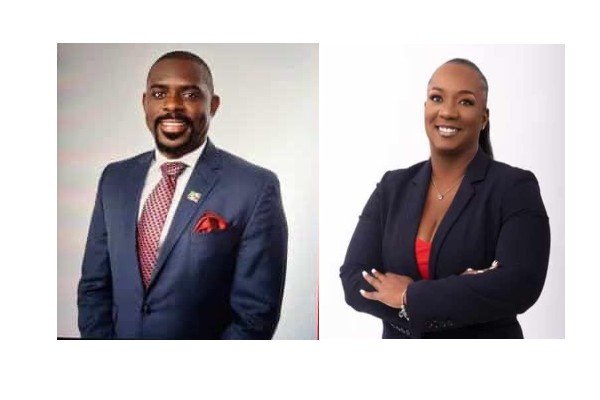 St. Kitts and Nevis (WINN): The St. Kitts Nevis Labour Party announced their readiness to serve in all eight constituencies of St. Kitts during their “On De Block” rally Sunday evening (April 3) at the CUNA Parking Lot, Wilkin Street, Basseterre.

The 90-year-old party introduced its eight candidates to contest the next general election with two young newcomers who were officially introduced to the public for the first time; Attorney at Law Marsha Henderson and Mr. Samal Duggins.

“I stand before you this evening, by God’s mercies, with the emblem of the St. Kitts Nevis Labour Party etched in my heart; ready to serve, ready to reignite, ready to rebuild, ready to restore accountability and transparency in the political DNA of this Federation. I pledge to be your representative, your voice, your servant, your defender and champion and the next Member of Parliament for Central Basseterre, Constituency Number 2.”

Henderson added, “Comrades, I stand before you this evening, committed to the task; ready to serve, ready to defend and ready to represent the good people of Central Basseterre. We are not in the business of making promises. We are in the business of dealing with realities. I, Marsha Tamika Henderson, guarantee you tonight, that as a part of the dynamic team that is fully committed to pursuing the mandate of the people of St. Kitts and Nevis, central Basseterre will not be left out. Central Basseterre, you matter.

In Constituency 4, Samal Duggins succeeded Mr. Steve Wrensford as the Labour candidate. He described himself as a man from humble beginnings, who stands ready to improve the lives of others.

“Tonight I am addressing you as a son of a rastaman from McKnight who died when I was only four years old. I am addressing you as the son of a struggling mother who raised her boys right in front of the public bath in Trafalgar Village, Tonight, I address you as the product of a community and an era where little black boys like me, despite all the potential in the world, were told that we would never amount to anything; but luckily, there is a divinity that shapes our destiny. Luckily, our destiny is not shaped by the hands of men. So, despite all the odds, I Samal Duggins, stand before you tonight, ready to break that mould, ready to break every glass ceiling, I stand ready! I stand ready! Ready to serve the people of Constituency number four as their next Parliamentary Representative!”

The St Kitts Nevis General Election is constitutionally due in 2025. However, there has been quite a bit of chatter and calls for an early election. With this in mind, the St. Kitts-Nevis Labour Party has indicated that its candidates are “Red and Ready” if and when an election is announced.