Thieves Steal a Reported 2M Euros Worth of Jewellery In St. Barths Heist 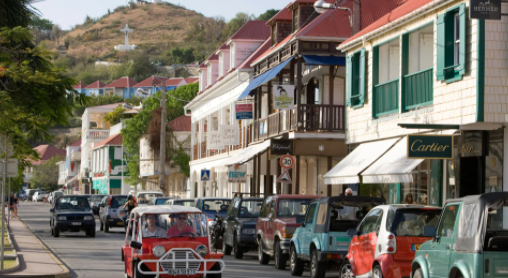 (Daily Herald) MARIGOT—The tranquil island of St. Barths was shaken by a rare armed robbery on a jewellery store in the port of Gustavia between 6:00 pm and 6:30 pm on Wednesday, the Gendarmerie confirmed.

Commandant Stéphan Basso indicated three armed individuals entered the store with faces covered and held the two employees at gunpoint. The employees were bound and gagged before the thieves proceeded to steal the jewellery and make their escape.

Basso said the value of the items stolen had not yet been estimated. The Guadeloupe radio station RCI reportedly estimated value of the stolen goods to be 2M euros. Gendarme reinforcements have been sent to St. Barths, Basso added.

Now that the St. Kitts Music Festival has wrapped, what are your thoughts on last week’s festivities?We want to hear from you, tell us down below 👇 #IslandTea #WinnMediaSKN #stkittsandnevis #morningradio #morningshow ... See MoreSee Less