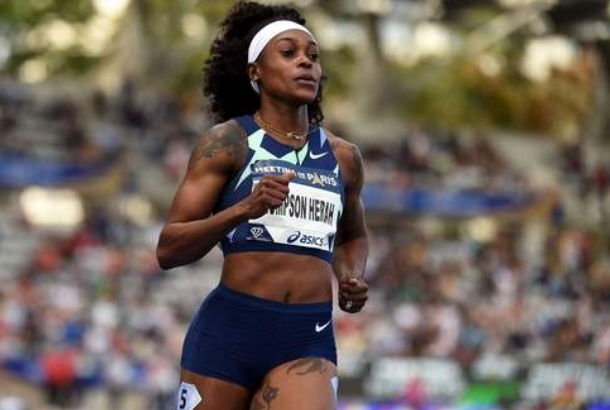 Thompson-Herah successfully defended her sprint double titles running Olympic Games records of 10.54 seconds and 21.53 seconds in the 100m and 200m, respectively, and was a member of the women’s 4x100m relay team that won the gold medal.

American shot putter Ryan Crouser, who set world records in the indoor and outdoor shot put, was named the Male Athlete of the Year.

A release from NACAC said the 29-year-old Thompson-Herah’s “2021 season will go down in history as she produced one of the greatest runs of excellence of all time. Within the span of just over three weeks, between the end of July and late August, she won two individual gold medals at the Olympic Games in Tokyo, Japan. Her 100m win came in an Olympic record time of 10.61, while her 200m victory four days thence yielded a national record time of 21.53 seconds.

“Shortly after her double Olympic triumph, which she topped off by winning the sprint relay with Jamaica, Thompson-Herah lined up at the Prefontaine Classic in Hayward Field, Eugene, Oregon, USA. She stamped her class with a run of 10.54 seconds, a new national record, and like her 200m Olympic win, the fastest time in the world since Florence Griffith-Joyner’s world record in 1988.”

The NACAC release said, while it was the seventh Diamond League women’s 100m winner from Jamaica, “Only five women this century have ended a season with the fastest times in both the 100m and 200m. Coming into the season, four of those five were Jamaicans.”