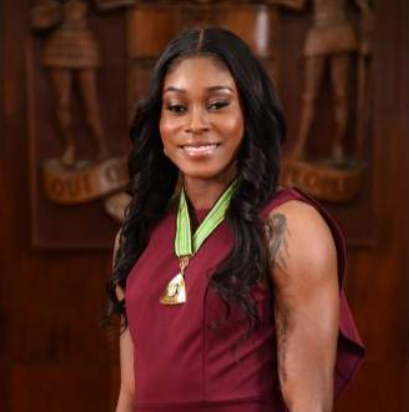 (Jamaica Observer) DOUBLE Olympic Games 100m champions Elaine Thompson-Herah and Shelly-Ann Fraser-Pryce were among seven Jamaicans who yesterday accepted recognition for their contribution to sports at the annual National Honours and Awards ceremony.

Thompson-Herah, who has won five gold medals at the last two Games, was conferred with the national honour of Order of Distinction (Commander Class), while Fraser-Pryce was upgraded from Officer Class to Commander Class with the same award.

A third female sprinter, Olympian Jacqueline Pusey, was also recognised as well as Dr. Praimanand Singh for his work in sports medicine, former Jamaican and West Indies cricketer Jimmy Adams, the late former Reggae Boy Luton Shelton and motor sports legend Peter “Zoom-Zoom” Rae who was involved in the event for about 50 years.