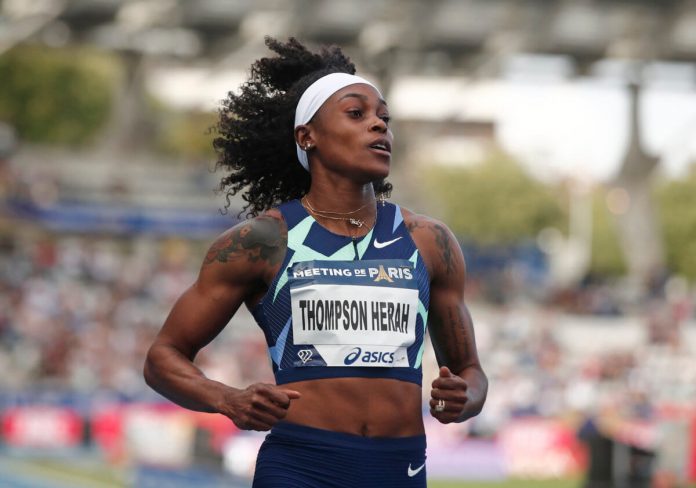 The publication said Thompson-Herah, who now works out at the Mico University in St. Andrew at the Cameron Blazers Track Club “under the watchful eyes” of her husband, Derron Herah, who is a coach, made the comment while speaking on Miss Kitty Live on nationwide radio last Wednesday.

“I’ve outgrown the environment (at MVP) pretty much enuh,” the Observer quoted Thompson-Herah as saying. “What I want for myself and to better myself that was not provided. So, I have to find ways to get it.

“What I wanted for myself and, based on the path that I’m heading, MVP could not provide that anymore for me, and I think that doing it on my own,” she added. “It will be more (much) better for me.”

While at the Stephen Francis-headed MVP, the Observer said Thompson-Herah won both the 100 and 200 meters at the 2016 Rio Olympics, as well as bronze in the 4×100 meter relay.

The Observer also noted that Thompson-Herah successfully defended her titles at Tokyo 2020 and added the 4×100 meter gold.

“Between the Tokyo Olympics and the subsequent Diamond League circuit, Thompson-Herah crowned herself the second fastest woman of all time over the 100 meters behind the legendary Florence Griffith-Joyner,” the Observer said.

“She stopped the clock in 10.54 seconds at the Diamond League Prefontaine Classic in Eugene, Oregon, not too far off Griffith-Joyner’s world record of 10.49 seconds done in 1988,” it added.

Although she raised eyebrows by leaving the club that brought her to unprecedented heights, and she denied initial media reports that she was on her way out, Thompson-Herah said she is appreciative of what the club has done for her, according to the Observer.

“I appreciate everything that they have done in giving me that platform, but, sometimes, you have to just move on,” Thompson-Herah said.