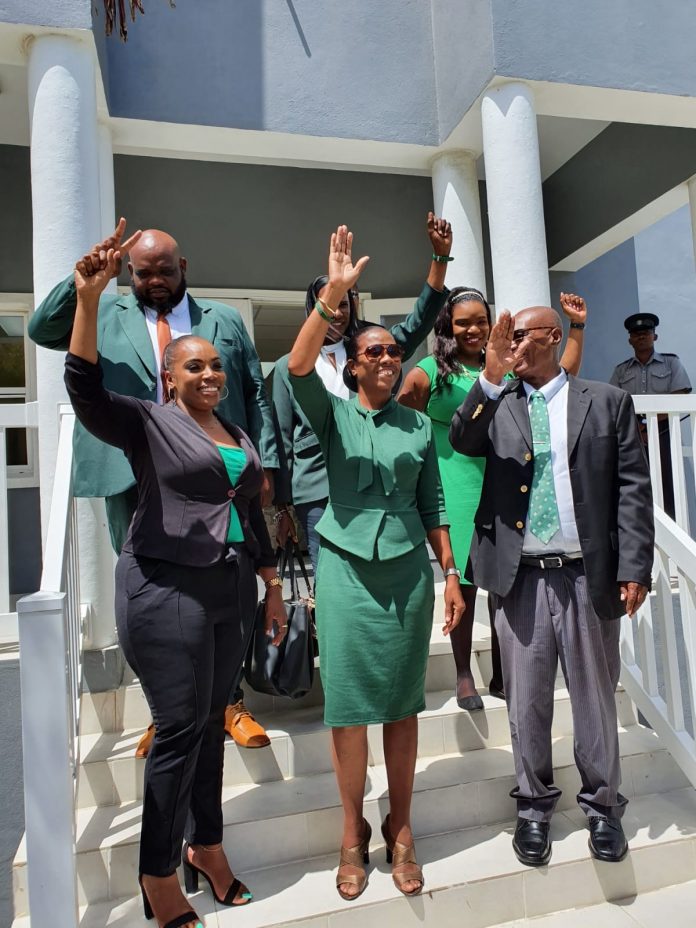 St. Kitts and Nevis: (WINN): Three Candidates of the Nevis Reformation Party have been nominated and will contest the upcoming National Assembly Elections on August 05, 2022.

The NRP Candidate for Nevis 9- St John’s and St Paul’s Parish, Dr. Patricia Bartlette was nominated by Ms. Jaedee Caines and Mr. Aleisi Phipps at the Magistrate Court in Charlestown under the guidance of the Returning Officer Ms. Tricia Williams.

In Nevis 10, NRP will be represented by Mr. Rohan Isles. He was nominated by Mr. Miguel Mills and Ms. Tamerelle Browne both of St. George’s Parish. The site for nomination was the David Freeman Centre of Excellence. The Returning Officer for that district is Mr. Kayno David.

Amongst the supporters was Parliamentary Representative for Nevis 5 (St. Thomas) and NRP Deputy Leader, the Hon. Cleone Stapleton-Simmonds. The supporters travelled throughout all districts and came to halt at the D.R. Walwyn Plaza in Charlestown where the party held a rally, including speeches from the newly nominated candidates.

The Candidates continue to solicit the support of the electorate, sharing their intention to improve the standard of living for citizens and residents and the infrastructure of the country.